Award-winning VFX and animation studio Jellyfish Pictures has appointed Matthew Bristowe  director of operations. Benefiting from both a creative and commercial background in some of the biggest VFX studios in the world, Bristowe’s hire solidifies Jellyfish Pictures’ continued expansion. 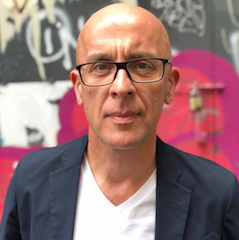 During his 20 years in the industry, Bristowe has overseen hundreds of productions with an enviable roster of credits under his belt including; Aladdin (Disney), Star Wars: The Last Jedi (LucasFilm/Disney), Avengers: Age Of Ultron(Marvel) Guardians Of The Galaxy (Marvel) and in 2014 was honored with the Advanced Imaging Society’s Lumiere Award for his work on Alfonso Cuarón’s Academy Award-winning Gravity.

Bristowe joins Jellyfish Pictures after a stint as head of production at Technicolor. Prior to working with Technicolor and One of Us, he held senior positions at MPC, and Prime Focus.

Phil Dobree, CEO, Jellyfish Pictures, said, “Matt joining Jellyfish Pictures is a substantial hire for the company. 2019 has seen us focus on our growth, following the opening of our newest studio in Sheffield, and Matt’s extensive experience of bringing together creativity and strategy will be instrumental in our further expansion. Working alongside myself and the rest of the Leadership team, Matt will balance maximizing productivity whilst ensuring we provide the best possible creative environment for talent to perform to their optimum ability. I welcome Matt and look forward to the benefits both the company and the team will experience as a result of him being part of the Jellyfish team.”

Bristowe added, “I’ve been extremely fortunate to travel the world and work on some of the biggest films in the last two decades. Whilst I have picked up one or two awards on the way, my biggest accomplishment has been building teams and watching them excel at the creative challenges they are tasked with. Jellyfish Pictures is an ambitious, talented, cutting edge, world leading VFX and animation company, and I can’t wait to work alongside this already great team and achieve great things together.”