Jennifer Loren to be Honored at DeadCenter Film Festival 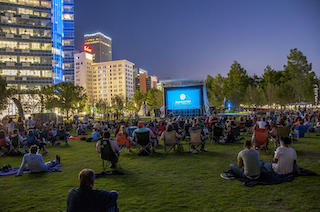 “We are thrilled to celebrate Jennifer Loren’s accomplishments in advancing Indigenous voices and Oklahoma film at large,” said Cacky Poarch, interim executive director of deadCenter Film. “Her presence and leadership within the industry inspire creativity and share cultural expression that is vital to what makes Oklahoma film so unique. We are proud to celebrate her award-winning accomplishments and impact in television and film and welcome her into the Oklahoma Film Icon family.”

DeadCenter Film honors outstanding film industry professionals for their challenging work and efforts in bolstering Oklahoma’s film landscape while helping fuel the state’s rise as a filmmaking hub. The Oklahoma Film Icon Award recognizes the passion, determination and creativity of individuals with past honorees that include Alfre Woodward, Sterlin Harjo and Wes Studi. 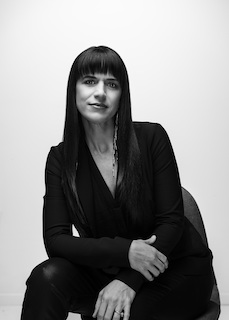 “It’s amazing to be recognized in this way and to join the ranks of such an outstanding list of fellow Oklahomans,” said Loren. “It is an incredible honor to be trusted with amplifying the voices of Native people through the powerful tool of filmmaking and doing so wouldn’t be possible without the unwavering support from Cherokee Nation Principal Chief Chuck Hoskin Jr., as well as the work of our team and countless others who share our passion for storytelling.”

On Saturday, June 11, deadCenter Film will feature the Oklahoma premiere of ᏚᏙᎥᎪᏪᎸ: Signature: The Cherokee Speakers Roll at the First Americans Museum. Immediately following the film, Loren will join Tava Sofsky, director of the Oklahoma Film + Music Office, for an in-depth conversation discussing filmmaking in Oklahoma and how Cherokee Nation continues to contribute to the state’s rapidly growing industry.

Loren, a multiple Emmy Award-winning filmmaker from Tulsa, is being honored for her inspiring career in both television and film. Her work as co-creator, executive producer, and host of the popular docuseries Osiyo, Voices of the Cherokee People provides a platform for preserving and sharing the culture, language and stories of the Cherokee Nation. Loren’s efforts in helping her tribe create the only certified Native American film commission within the United States and the first-ever tribal film incentive program continue to bring much-needed diversity and representation to the industry while creating new opportunities and helping support the growth of film in Oklahoma.

The 22nd deadCenter Film Festival will include more than 170 independent films created by filmmakers from across the globe. To learn more about the festival’s professional panel series, appearances by big-name visitors and the annual screenwriting competition, please visit deadcenterfilm.org.