The Motion Picture Sound Editors will honor Kathryn Bigelow with its annual Filmmaker Award. The director of such films as Detroit, Zero Dark Thirty and The Hurt Locker, is being recognized for her outstanding contributions to the art of cinema. She will receive the award at the MPSE Golden Reel Awards ceremony February 18 in Los Angeles. 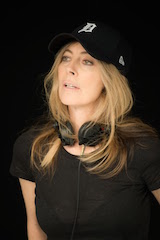 A trailblazing filmmaker whose work is noteworthy for its emotional depth, arresting visuals and stunning action, Bigelow is the only woman to win an Academy Award for Best Director (in 2010 for The Hurt Locker).

“Kathryn Bigelow’s films have that rare quality of challenging our preconceptions by moving us and creating moments of powerful empathy,” said MPSE president Tom McCarthy. “She is a true artist. We are extremely proud to recognize her tireless contributions to our industry and culture with our Filmmaker Award.”

“Collaboration with the sound editor is a gratifying and inspiring time in the post process,” said Bigelow. “It is the moment that the film wraps itself around you, revealing its final form. I am honored to receive this award from my colleagues in sound editing.”

Originally intent on a fine arts career, Bigelow studied painting at the San Francisco Art Institute. She later became interested in filmmaking and received a scholarship to Columba University's graduate film school. Her debut as a feature director came in 1982 with the drama The Loveless (co-written and co-directed by Monty Montgomery). That was followed by the features Near Dark (1987), Blue Steel (1989), Point Break (1991), Strange Days (1995), The Weight of Water (2000) and K-9: The Widowmaker, as well as several television projects.

The Iraq War drama The Hurt Locker (2008) won six Academy Awards, including Best Picture, Best Director, Best Original Screenplay, Best Editing, Best Sound Mixing and Best Sound Editing. Zero Dark Thirty, which followed in 2012, also achieved widespread critical and commercial success, and earned Best Director nominations from the Golden Globes and BAFTA (as well as an Oscar for Best Sound Editing). Her latest project, Detroit, is a deep and unsettling portrait of the race riots that gripped that city in 1967. The Los Angeles Times called it "a picture whose political resonance in the Black Lives Matter era is fierce and unambiguous.”