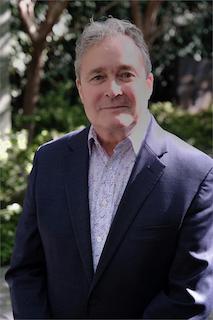 Waugh immigrated to the U.S. in the early 1980s, leaving behind a position within the Civil Aviation Authority of New Zealand working alongside key aeronautical engineers to begin his post-production career in Los Angeles. His introduction to the post-production business began at the legendary sound editorial company, Soundelux, headed by industry veterans Lon Bender and Wylie Stateman. Waugh started out as a sound recordist before moving through the creative ranks into facility management, eventually taking on a partnership role at Soundelux.  His field recording landed him credits on iconic films including Glory, Braveheart, JFK, and Home Alone.

Waugh (along with Bender and Stateman) received a Technical Achievement Award from the Academy of Motion Picture Arts and Sciences in 1994 for work on the development of the Advanced Data Encoding System, or Kiwi 9000. The system creates an encoded timecode track and database during the initial transfer of the production sound dailies, allowing for a bridge between linear and non-linear editorial.

Waugh joined WBSO in 2004 as vice president of post-production services, where he focused on building creative relationships, overseeing facility infrastructure, and managing talent recruitment. In 2007, he became the senior vice president of PPS, during which time he initiated and oversaw the asset purchase of De Lane Lea Post Facilities in the Soho neighborhood of London in 2012. Waugh then successfully rolled Warner Bros. Tech Ops’ Motion Picture Imaging group into PPS in 2015. A year later, he oversaw the purchase of Digital Cinema NY, known as WB Sound NY since 2016.

In his current role at WBSO, Waugh oversees creative teams, facilities, and operations in Burbank, New York, and London, including the company’s mastering, localization, archive, and preservation business units. He is currently supervising the build out of the company’s new flagship post-production facility in Soho, London, to further support the growth and workflow from Warner Bros. Studios Leavesden.

“The Lifetime Achievement Award recognizes individuals who make our industry a better place to work on every level, fostering innovation and collegiality as well as accomplishment,” said HPA president Seth Hallen. “Kim is special because he possesses that rare combination of talent and personality that earns both respect and affection within his team, his organization and in the wider industry. One of the best aspects of the HPA Awards is having an opportunity to recognize remarkable people accomplishing amazing things. That’s especially true this year. Kim is respected, accomplished, and well-loved, and it is our sincere honor to present this award to him.”

The HPA Awards will accept entries for outstanding achievement in color grading, editing, sound, and visual effects until July 29.

Complete rules, guidelines, and entry information for the creative categories and the HPA Awards, as well as a list of previous winners, are available at hpaonline.com.