Mary Coleman has been named chief creative officer of the London computer-generation animation studio Locksmith Animation.  Coleman joins LSA from Pixar Animation Studios, where she was head of creative development.  Locksmith CEO Natalie Fischer announced the news today and confirmed that Coleman officially will join the studio in July. 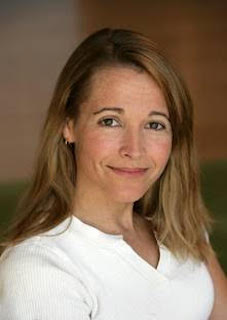 Coleman came to Pixar from San Francisco’s renowned Magic Theatre, where she was the associate artistic director. Pixar co-founder Ed Catmull brought her into the Pixar fold in 1999 to help create its development department.

She is also known for helping launch the screenwriting careers of Dan Fogelman (Cars), Michael Arndt (Toy Story 3), Meg Le Fauve (Inside Out), and Kemp Powers (Soul).  She was the first woman to participate on Pixar's Brain Trust, providing creative feedback on films in production. In her 23 years at Pixar, Coleman is most proud of co-founding (with producer Nicole Grindle) The Story Artistas, Animation Artistas and Art Artistas. These successful Pixar programs empowered the studio's female artists and paved the way for women directors and creative leaders. Coleman holds a BA from Amherst and an MFA in theater directing from the University of California at San Diego.

“Having someone of Mary Coleman’s professional stature come on board Locksmith as Chief Creative Officer is a milestone in our company’s journey,” said Fischer.  “Her keen eye for material and her strong relationships with filmmakers were top of mind as we searched for the perfect CCO.  We feel honored for her to join Locksmith Animation as we bolster our development slate, widen our artistic vision, and expand our appetite for success in the animation space.”

“Ultimately, what drew me most to Locksmith is that between Julie Lockhart’s two decades working with Aardman Animations and Natalie Fischer having helped launch and then worked with Illumination for a decade and my two decades at Pixar, the three of us have helped to build wildly successful studios,” Coleman said. “Locksmith’s vision is ambitious, and its slate is already full of potential.   I’m thrilled that they have asked me to help them deliver on their promise of creating compelling entertainment for families around the world.”

Locksmith co-founder and president of production Julie Lockhart, whose producing credits include the award-winning Ron’s Gone Wrong, Shaun the Sheep Movie and Pirates! Band of Misfits said, “Few individuals are equally adept at story development and filmmaker collaboration.  Mary is a respected industry veteran, and we feel incredibly lucky for her to join our stellar team.”

Locksmith recently announced it has awarded the digital production of its second animated movie That Christmas to DNEG Animation. The film is based on the successful series of children’s books by British filmmaker Richard Curtis (Four Weddings and a Funeral, Love Actually, Yesterday) and marks the feature film directorial debut of renowned character animation and story artist veteran Simon Otto (How to Train Your Dragon trilogy).

LSA also recently optioned Marissa Meyer’s The Lunar Chronicles, the bestselling series of novels published by Feiwel & Friends.  The series, which focuses on a reimagining of classic fairy tale heroines, has been a sensation since the first volume was published.