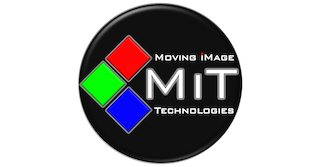 The frame was designed by David Richards, MIT co-founder and senior vice president of engineering, to address specific needs of this new technology as it applies to the cinema theatre. The first MIT frame of this type was installed in Richmond, Texas in 2019. Another installation was completed in Buena Park, California this year.

"Direct View LED displays have been used in entertainment for several years now, but usually in temporary concert installations," said Richards. "The Direct View LED technology only became viable for permanent installation in a movie theatre in 2019, which created a need for a robust and reliable frame system to support it."

"Direct View LED displays in cinema are the next generation of screen technology, and MIT plans to be at the forefront in helping our customers implement it," said Bevan Wright, executive vice president, operations at MIT. "While it is still very early days in the adoption cycle for Direct View LED displays in cinema, with only four premium screens installed in North America to date, this is the technology of the future due to the vastly superior visual improvements and custom-sound experience relative to today’s technologies. As the market matures over the next five-plus years, MIT is well positioned to benefit from more customers installing Direct View LED screens in their theatres."