Motivate Val Morgan, which says it is the Middle East’s leading cinema advertising company, has launched a dedicated platform – featuring CinePlan and CineMeasure – through which advertisers can plan and measure their cinema campaigns with ease. CinePlan is a tool that can be utilized to build a cinema media plan based on advertiser requirements. 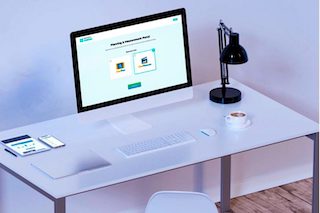 It offers two routes: By admission and By package. The By Package route presents advertisers with the option to book existing pre-designed packages sold by Motivate Val Morgan, while the By Admission route is a new extension to the existing bouquet of cinema advertising offerings, where advertisers can define their advertising reach at cinema locations of preference.

CineMeasure, is a post campaign measurement tool that works seamlessly with CinePlan to analyze and report admission data for an executed campaign.

Ian Fairservice, managing partner, Motivate Media Group said, “As the region’s leading cinema advertising company, with over twenty-three years of regional experience, we are committed to constantly improve and innovate our offerings.

The company says the launch of CinePlan and CineMeasure marks a significant milestone for Motivate Val Morgan, as it establishes a first-to-market platform through a self-service model, a major focus for the company as we look to empower advertisers and provide autonomous cinema planning and measurement.”

Avinash Udeshi, COO, Motivate Val Morgan said, “While being a market leader, we have always had a consultative approach in terms of buying and delivering on campaign objectives. Through this platform, we will offer the same total flexibility and convenience to advertisers and agency planners, with admission data from the cinema box office. Thus, cinema advertising can now be further planned, bought, and measured through a simple yet comprehensive dashboard. The system has the capability to buy audience by numbers, demography, and income groups, right down to a granular level of an individual screen at a particular location.”