Streaming service giant Netflix is experimenting with its pricing policies in a handful of countries in response to high rates of account sharing. Eleanor Patterson, assistant professor of media studies in the College of Liberal Arts at Auburn University, explains what this experiment means for U.S. account sharing and the future of streaming platforms. 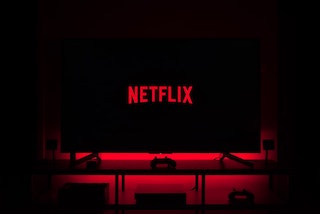 How is Netflix changing its pricing? Will it affect U.S. users?

Netflix has just announced that it is testing a new account fee for subscribers who create additional profiles on their accounts. This new cost structure is being piloted in Peru, Chile and Costa Rica and will cost $2.99 per profile, but will allow those profiles to have their own login information. Right now, this specific fee is not being implemented for U.S. accounts, but I think it would receive a lot of push-back from U.S. consumers. It has been estimated that 40% of Netflix users in the U.S. participate in account sharing, although it is my belief that number is low, and I would estimate it is much higher, maybe even double that. For audiences, streaming has replaced the home video market, so most subscribers have this feeling of ownership over their subscription, that it is their account to do with as they want. Netflix is testing cracking down on password sharing in the U.S. and is beta testing credential verification for users to continue using accounts.

Why is Netflix making this move?

Netflix is always playing catch-up to user behavior and, in fact, has changed its strategies tolerating audience workarounds of Netflix policies at several different moments over the last 15 years it has been a streaming platform. During its initial pioneering period, Netflix’s main goal, as a Silicon Valley tech company, was to make the cost low to grow its subscriber base, relying on investors to make up the difference in operating costs. So, it did not care if users shared passwords and created more account profiles, as it was almost free promotion and more eyeballs for product placement sales. The same applied to overseas users. Netflix tolerated VPN accounts from countries where its services were unavailable until it began expanding internationally. Netflix then developed a VPN-tracking software and began cracking down on VPN use to comply with foreign business laws. 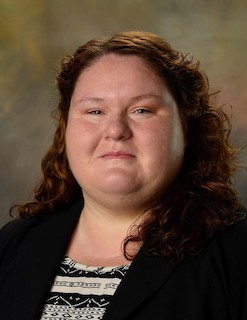 These changes are always promoted by emerging exigences at Netflix over revenue streams. Netflix has been in the red for almost all its time as a streaming platform, as user fees do not cover the costs of operating, maintaining, and updating the platform, expanding internationally and the ballooning costs of investing in original content to overcome its dependence on syndicated content. And much of this syndicated content, like The Office, Friends, Murder She Wrote, The Killing, etc., has been pulled as legacy companies launch their own streaming services.

All of this is to say that Netflix needs new sources of revenue. The U.S. market is saturated, and it has been several years since Netflix expanded to more than 115 countries in 2016, and Netflix’s global subscription growth has also slowed. Netflix promised its investors it would be operating cash positive by 2022 and would no longer seek external investments to overcome revenue shortfalls. However, Netflix has consistently performed below new subscriber benchmarks over the last year, a result of increased competition in the streaming market between newer platforms, and users’ subscription cycling in a tight economy (signing up, cancelling, and then signing up again). Within this context, Netflix’s only other option is to grow revenue by increasing subscription costs—you have probably already noticed your Netflix subscription has increased this year. Finding a way to subvert account sharing is another route Netflix is debating in order overcome its cash flow problems. I think this is going to be a hard sell, but I expect that Netflix has already developed the technology to track and crack down on password sharing. 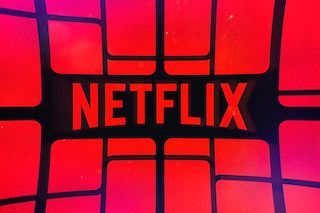 With so many networks creating their own streaming services, is the market becoming too saturated?

The market is consistently in flux. Ten years ago, Netflix was a welcome syndication window for legacy companies looking for additional second-run revenue on their content. However, as advertising rates and sell-through/home video revenue has decreased, at the same that we have seen increased ownership conglomeration, most legacy companies shifted over the last three years to creating their own standalone streaming subscription services. The market is crowded, and perhaps subscription growth is stalled, but streamers like Disney +, Hulu (also owned by Disney) and HBO Max have been successful leveraging their mega-conglomerate supplied content libraries and original programming to gain and keep subscribers. This is the reason Amazon is currently in the process of buying MGM to gain its content library. Netflix’s main weakness is that it is not a legacy company and does not have a substantial back catalog of films and television, or broadcast channels producing new content, like Disney or Peacock, to really build out its content library.

How are platforms trying to stand out or increase revenue in the streaming market? What other changes to streaming services are on the horizon?

The fastest-growing segment of the streaming market is free, ad-supported streaming television. Tubi, Pluto, Xumo and the Roku Channel are all examples of streaming platforms with no subscription fee. One Hollywood executive recently described them to me as the Ross Dress for Less of streaming platforms, and much of the content is certainly bargain basement, (classic episodes of The Carol Burnett Show or NewsMax live feed, anyone?) but this is one very real way that streaming platforms are looking to expand revenue: through good, old-fashioned advertising. Disney has recently announced that it will offer a low-tier, ad-based subscription, and Peacock and Hulu already do this. I do not see Netflix doing this, but I do think you will see a lot more product placement on premium, so-called ad-free, platforms.