Who owns the media in Europe? Who has the power over the information we receive? And who can safeguard against monopolies becoming too powerful a voice in the media landscape? While European media players are looking to form super groups with enough reach and scale to count among the global players, one may wonder who is keeping an eye on the transparency of media ownership. Who are the watchdogs? And who is watching the watchdogs? This timely new report, Transparency of Media Ownership, by the European Audiovisual Observatory, part of the Council of Europe in Strasbourg, has spotlighted these issues. 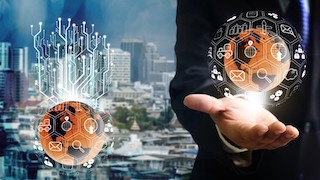 This new report aims at providing clarity about how the transparency of media ownership is regulated in Europe.

The introductory chapter investigates why we need transparency of media ownership. Quite simply, the power of the media to shape discourse and exercise democratic oversight is always accompanied by the question of how to curb the possible abuse of power. Who has the power to shape hearts and minds here?

The second chapter delves into the rules on transparency of media ownership under EU primary law. Although the terms transparency, transparent, openness or open are only actually found in individual passages of the EU treaties, the actual principle of transparency underpins most EU primary law. In this chapter the authors pick up this principle with reference to EU competition policy, the EU's fundamental freedoms and rights, and of course as an instrument to protect media diversity.

The third chapter moves on to EU secondary law provisions on media ownership transparency. The 2018 revised version of the Audiovisual Media Services Directive includes the need for accessible information on the content and stipulates that member states may adopt legislative measures requiring media service providers under their jurisdiction to make accessible, in addition to the aforementioned information, details concerning their ownership structure, including beneficiaries. The authors underline these rules apply to television or video on demand service providers; there is no corresponding provision for video-sharing platforms. Interestingly the EU Anti-Money Laundering Directive was also revised in 2018 and can include media companies which may be investigated as potential money laundering centers. More recently proposed EU legislation on AI or the Digital Services Act Package in preparation also include mentions of transparency obligations as trust building exercises.

The fourth chapter moves beyond EU legislation to look at the work of the Council of Europe in this field. The Recommendation CM/Rec (2018)1 of the Committee of Ministers to CoE member States on media pluralism and transparency of media ownership does indeed go beyond the scope of the EU's AVMSD. It addresses aspects of political control over the media and an increase of media accountability through such rules, and looks in detail at a possible regulatory framework, although not laying down provisions for supervision or sanctioning mechanisms.

This chapter also flags up the Observatory's own MAVISE database, which provides information on/from the registries of the European audiovisual regulatory authorities. MAVISE contains information such as the name and type of service, the ultimate owner(s) that control(s) the service, targeted countries, genre, registering bodies and the licensing country.

Chapter five offers a country-by-country analysis of the legislative approach to transparency of media ownership in nine European countries, in constitutional and primary domestic law. A sixth chapter then proceeds to offer a comparative analysis of these nine countries and the different approaches to ensuring transparency they have chosen. This revealing comparison of the different safeguards in place focuses on parameters such as: which media service providers are subject to the regulations, the scope and content of the rules in question, supervision, and monitoring of the rules and also penalties and legal consequences for rule breakers.

In the final concluding chapter, the authors point out the importance of individual vigilance from each one of us: "The public watchdog itself needs its own watchdog: the “watchdog’s watchdog” is society, and it is thus all of us."