The Colorist Society International and the International Colorist Academy have announced that the next Color Space Cadets event is slated for Thursday, October 28 at 6:00 pm GMT and will feature CSI president Kevin Shaw and colorist Warren Eagles, with other iColorist trainers and special guest speakers, in a discussion titled 2021 Show and Film Looks. 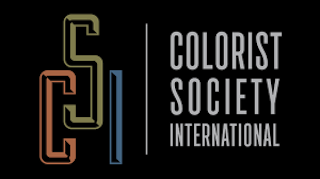 CSI and iColorist also announced that on December 4 they will host a six-hour end-of-year mixer that will feature a full slate of speakers, panel discussions, technology demonstrations, contests, door prizes and other events.

CSI and iColorist launched Color Space Cadets in September, a free, monthly livestream series on YouTube featuring industry experts discussing grading, color, and filmmaking. Topics are chosen in advance by participants and will cover issues such as Rates, Fees and Charging, Mental Health/Working Conditions, Color Space and Image Restoration Tools. Audience members are encouraged to submit questions during the livestream.

Color Space Cadets was launched to keep industry players abreast of the latest developments in their field at a time when many were curtailing training plans and trade shows were cancelled due to the pandemic.

“We’re committed to continuing to pass on knowledge,” says Shaw. “These monthly YouTube events feature experts from across the spectrum of production and post-production.”

A detailed agenda and registration information will be available soon at coloristmixer.com.

Past sessions may be viewed on-demand at: https://www.youtube.com/watch?v=5JgYAwI1hnQ