Nightflix Drive-In Cinema kicked-off screenings June 19 and topped all UK and Ireland cinema ticket sales for June as cinema goers have flocked to its site in Colchester. From day one demand was high, leading to the site’s capacity being increased to meet demand on the majority of screenings across the month. 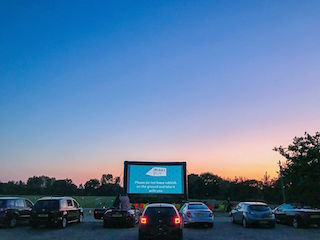 Ian Brown, managing director, Indy Cinema Group said, “We were delighted this week to be contacted by distribution to let us know that Nightflix in Colchester was the busiest performing cinema in the United Kingdom and Ireland for June. It is a fantastic operation and one that we are very proud to be working with and programming for and given its ambition I can only see these numbers getting better in the future.”

As the wider UK cinema industry readies itself for its gradual reopenings across the month of July, Nightflix Drive-In Cinema July screenings are already on sale for their Tollgate West, Colchester site and are beginning to sell out. In addition, July 3 sees the opening of their Newark Showground site in the Midlands. Films on show range from classics such as Dirty Dancing and The Lost Boys through to more recent releases such as Bad Boys for Life and 1917, and fun musical favourites such as Mamma Mia!, La La Land and Rocketman.

Nightflix Founder John Sullivasaid, “It is becoming clear that as lockdown regulations have begun to ease, people have been craving the cinema going experience. Drive-in cinemas, where audiences can experience a film in their own car, represents not only a fun ‘al-fresco’ experience all of its own but also the perfect social isolating bubble, which can continue to offer the public cinema-going options as the wider industry begins to awaken. Nightflix will continue offering amazing classic movies and, when available, we hope to be screening latest blockbusters in our venues - which we plan to expand to even more locations around the United Kingdom.”