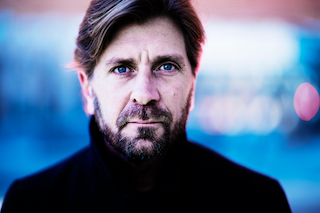 When Östlund's documentary short Let the Others Deal with Love had its world premiere at Göteborg Film Festival in 2001, a different, provocative, and exciting artistry could be perceived. Since then, Östlund has achieved international success that – except for Ingmar Bergman – is unheard of in Swedish cinema. In January, more than two decades after his first visit, Östlund will speak at the opening ceremony of Göteborg Film Festival.

"With two Palme d'Or wins and many unforgettable cinematic moments, the Gothenburg-born and loyal visitor of the festival Ruben Östlund has the artistic integrity, the intellectual playfulness and the international luminescence that make him an excellent Honorary President for Göteborg Film Festival,” said Jonas Holmberg, artistic director at the Göteborg Film Festival.  "He is a critical sociologist, a passionate visual creator, and a charming provocateur. It will be both joyful and challenging for us to search for the future of the festival together."

"After meeting with the festival, it was both an easy and a joyful choice to accept this heavy title,” said Östlund. “We share the vision of a more vital cinema culture, free from nostalgic throwbacks. We will have to do this work in many different areas, but I can reveal that the first one for us to lecture is the cinema audience. They must learn the difference between scrolling for dopamine on individual screens and to take part of a show.”