At this year’s Association of Moving Image Archivists annual conference, a special Keystone award — only the second one bestowed in the organization’s 30-year history — was presented to Martin Scorsese's The Film Foundation for 30 years of exceptional work in the area of preservation. The award ceremony opened AMIA’s annual conference. Executive director Margaret Bodde read the acceptance by Martin Scorsese on behalf of The Film Foundation and which preceded a conversation with Bodde and the vice president of FIAF, Cineteca di Bologna's Cecilia Cenciarelli. 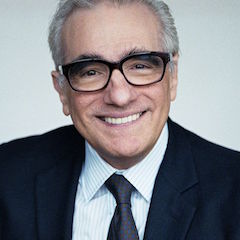 "On behalf of everyone at The Film Foundation, which like AMIA is marking its 30th anniversary, I thank you for this Keystone Award,” Scorsese’s statement read. “I also have to thank you on behalf of all the archives around the world that comprise your membership. Because the relationship is reciprocal: we exist in partnership with them. Without them—without you, who are present today—our work would be meaningless.

“I once observed a roomful of preservationists at work, and I felt like I was seeing medieval copyists, monks sitting at their tables transcribing copies of the scriptures. It had nothing to do with popularity or fashion and everything to do with love and devotion. And the memory of that image moves me even more today. In a sense, as the public focus shifts away from our art form, we are all like those monks. The fewer we are, the greater our love and devotion. That’s how the art of cinema will survive.”

AMIA president Dennis Doros said, “As AMIA celebrates its 30th anniversary this year, we believe it important to recognize the people and institutions which have provided vision and direction in our field. There is no other organization I consider as important in promoting (and acting upon) the preservation of cinema, and it is my honor that AMIA presents The Film Foundation with the Keystone Award.”

The conference runs through Friday.