Darryl Schaffer, Screenvision Media’s executive vice president, operations and exhibitor relations, has been inducted into ShowEast’s Hall of Fame as part of its 2017 group of honorees. 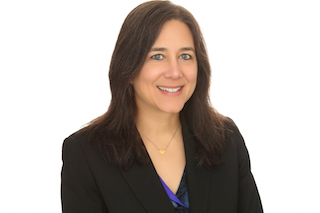 “We are thrilled that Darryl has received her incredibly well deserved spot in ShowEast’s Hall of Fame,” said John Partilla, CEO of Screenvision Media. “As one of our most tenured employees, she is not only a huge part of our company’s history, but she has also made a profound impact on the cinema industry overall, especially as it relates to enhancing value for our exhibitor partners.”

Schaffer currently serves as the chair of Screenvision Media's Exhibitor Advisory Panel.  For her contributions to the industry, Box Office named her one of its leading Women in Exhibition and Distribution. In addition, she was recently named one of Celluloid Junkie’s Top 50 Women in Global Cinema, and represented Screenvision Media in accepting recognition as Vendor of the Year at the 2017 Geneva Convention. She holds a Bachelor’s Degree in Marketing and Art History from Syracuse University.