In an event that reverses entertainment industry norms, Showcase Cinemas today announced that it will offer a special, one-night-only screening of the season five premiere episode of fan-favorite TV show Yellowstone in partnership with MTV Entertainment Studios and 101 Studios. The special event will take place on October 29 at select cinemas two weeks before the top-rated television show returns to Paramount Network on November 13. The preview will be followed by a sneak peek of Taylor Sheridan's newest project Tulsa King starring Sylvester Stallone, coming November 13 to Paramount+. 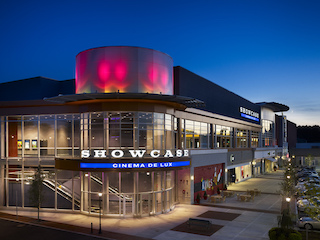 The Yellowstone and Tulsa King premierse will be screened at select Showcase Cinema around the United States. Tickets for this special event are on sale now for only $15 and can be purchase online or through the Showcase Cinemas mobile app.

The Yellowstone premiere will screen at 7 pm at all participating locations, and tickets include a free Yellowstone collectible item (while supplies last). Fans can also enjoy a Dutton Ranch featured cocktail during the event, made with Jameson and Ginger at participating Showcase Cinemas locations.

"We know fans of the hit show Yellowstone have been eagerly awaiting its return to television, and we couldn't be more thrilled to offer our guests at Showcase Cinemas the opportunity to see the season premiere on the big screen two weeks before it returns to Paramount Network on November 13," said Mark Malinowski, vice president of global marketing for Showcase Cinemas. "And to be able to screen the series premiere of Tulsa King – marking Sylvester Stallone's first foray into television – is incredibly exciting and something special our patrons will love."