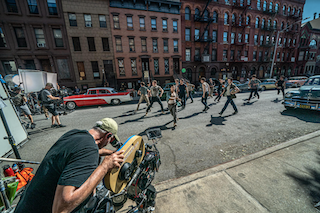 For the first time, the SOC expanded nominations to include collaborative efforts and teams of operators, allowing both A camera operators and A and B camera operator teams the chance to be recognized.

In addition to celebrating the achievements of the exceptional film makers and crews, the SOC Awards Celebration proudly welcomed Dr. Thomas Lee from the Vision Center at Children’s Hospital Los Angeles to center screen to salute to the success of the SOC’s continued support, including filming the charity’s fundraising videos.

Following the Awards Celebration, guests, nominees, and award recipients were invited to virtual after-parties. Hosted by nominees, the after-parties were held in multiple breakout rooms, allowing attendees to not only chat (virtually) with the breakout room host, but also with others in attendance.