The Soho International Film Festival, presented by Soho Film Forum will run November 4-9 in a virtual format and will include films, live streamed panels with filmmakers/available cast members and more. 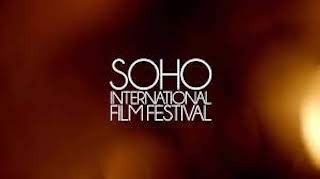 “The filmmaking community is strong and truly resilient,” said Sibyl Reymundo-Santiago, executive director and head of programming. "Through the challenges of the past year, the stories continue to be told. We are excited and very proud of this year's presentation."

This year’s festival contains a diverse selection of feature films, short films, documentaries, series pilots and animated films submitted by filmmakers from across the globe.

The festival can be viewed from devices such as Apple TV, Roku, on PC/Laptops, and on mobile phones or tablets.

The festival was founded in 2009 by Jorge Ballos.