After 2020, Sony Digital Cinema will no longer manufacture projectors for professional movie theatres, a decision that was confirmed for Digital Cinema Report by a top Sony executive. The company will continue to honor all of the maintenance agreements it has with existing customers and will continue to sell professional digital cinema projectors through the end of the year. 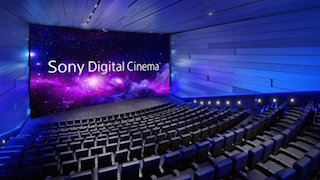 Furthermore, said Theresa Alesso, President, Imaging Products & Solutions, Professional Division at Sony Electronics, the company will continue to make and sell digital signage screens for movie theatre lobbies, concession stands and elsewhere. “The level of commitment we have to the theatrical market remains strong,” she said.

For many, if not most, of Sony Digital Cinema employees, Friday was their last day as a Sony employee, several sources confirmed for Digital Cinema Report.

Alesso would not directly comment about what the move means for Sony’s efforts to bring an LED cinema screen to the exhibition marketplace. She suggested that many such decisions have been hampered by the ongoing COVID-19 crisis. But she did say, “Large display is an important part of Sony’s business. LED is something we’re going to keep our eyes on.”

The technology director for a national theatre chain, and one of Sony Digital Cinema’s oldest and largest customers, said he learned about the decision some time ago. “They will be providing parts and support for several more years but all production has ended,” he said. He asked that his name not be used because he’s on furlough during the COVID-19 crisis and is not authorized to speak for his company. “I'll need to work out the details with Sony when I get back to work.”

He continued, “I've had some suspicions about Sony's future for quite a while, which is why I've been working so much with Cinionic over the last year to better meet [our] standards. We have Cinionic/Barco projectors in three of our theatres already and have ordered their new SP4K model for our [most recent] expansion.”

“I was hoping Sony's 815 laser projector would save them and encourage more product options,” he concluded. “Unfortunately, that wasn't enough.”

The analyst also asked that his name not be used since that could jeopardize any future work.

“So how could Sony Electronics afford to support the replacement of all of these imaging devices under the extended warranty?” he asked. The answer was to have Sony Pictures fund the projector business under the virtual print fee agreements.

“Now that the VPF deals are expiring,” the analyst continued, “one would think that Sony Pictures will gladly get out of shoring up Sony Electronics. So here we are. Sony Electronics cannot afford to sell a digital cinema projector whose warranty eats Sony Electronics profit.”

He said this situation could have been prevented. “Texas Instruments offered three DLP Cinema licenses,” he explained. “Christie took one, Barco another, and Digital Projection the third. Then Digital Projection decided not to enter the cinema market, and IMAX bought the third license with plans to build their own projector. But those plans changed, and Sony was offered the license. The reason NEC has a DLP license is that Sony refused, deciding to use a different but flawed technology that was being developed in-house. Had Sony taken the DLP license, there would still be a Sony Digital Cinema projector business today.”