Studio Enterprise has announced a partnership with Lightcraft Technology to provide students access to industry leading virtual production equipment. As a vertically integrated content company using education and training as a platform to impact the media and entertainment industry, Studio Enterprise’s partnership with Lightcraft Technology will entail equipment provision, collaborative training programs and master classes on how to shoot TV and movie productions using their real-time VFX platform Halide FX. 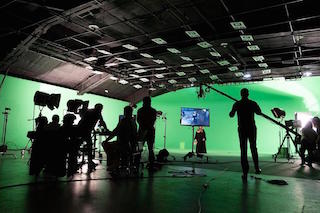 Studio Enterprise operates the Studio School of Los Angeles, a leading film, digital media and performing arts college known for its career-centric approach, allowing graduates to seamlessly transition from the classroom to the movie set.

Its partnership with Lightcraft Technology will provide students with in-depth exposure to the Lightcraft system, used on series television productions such as American Gods, Once Upon A Time and Pan Am. Similar technology was featured on the movies Jungle Book and the upcoming Lion King.

This unique partnership represents the future for film training programs and will ensure that Studio School students are ahead of the industry curve, both during the academic year and upon graduation. Lightcraft systems will be used in hands-on workshops and integrated across the school’s curriculum wherever possible. Studio Enterprise will be developing a training program focused on the operation and support of the system, making it the first and only program to do so.

“Studio School is a center of excellence for the creative community, well-known for cultivating a student body trained ready to jumpstart a career in the business,” said Bryan Newman, CEO of Studio Enterprise. “The partnership with Lightcraft shows that the Studio School continues to thrive as an example of a practical, industry-aligned approach to arts education. We’re excited to offer yet another unique partnership that sets our training apart.”

Lightcraft CEO Eliot Mack said he was “thrilled to work with Studio Enterprise as it trains the filmmakers of the future.”