Timeswaying Technology's LA2K-10 LED Cinema System HeyLED has been installed at the Beijing UME International Cineplex. Development started in 2018 with the support of the China Research Institute of Film Science & Technology; the LA2K-10 screen is their first LED product. 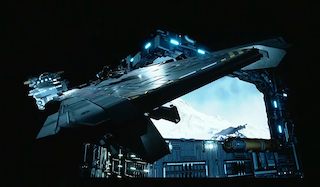 He added that online streaming services and the COVID-19 pandemic in the current era have forced the industry to upgrade the cinema experience to attract more audiences to the theatrical venues.

In addition, the system can free up space for cinemas, as it will eliminate the projection room, which would create opportunities for more seats or a VIP balcony. In Chan's vision, the HeyLED can also meet the needs of the high-end cinema market and generate revenue opportunities for other events such as conferences, eSports, live concerts, virtual reality events, and dine-in cinema. 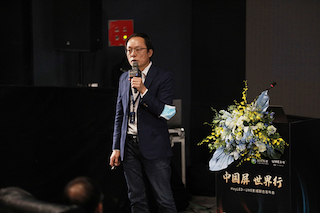 Chan conceded there is a lack of content specifically made to embrace the full capabilities of the new screen as they are just getting started. He said that Timeswaying needs to discuss with filmmakers how they can make and design content for the HeyLED.

Beijing UME is China's first cinema to install the system, China's first DCI-approved 10-meter-wide cinema screen with self-developed and independent core technology intellectual properties in both software and hardware. More cinemas in other cities are talking with Timewaying about installing systems, Chan said.

Meanwhile, the company also has a plan to launch HeyLED worldwide. It will install one screen in Los Angeles early this year for executives of various film companies to experience. Furthermore, in April, it will promote the system at CinemaCon 2022 in Las Vegas and introduce the screen system to foreign markets.

The LA2K-10 screen passed the DCI Compliance Test Plan to get the certification in July 2021.

Timewaying, the largest 3D equipment supplier in the Chinese market, has been deeply involved in the cinema technology industry for 10 years, with more than 30,000 3D systems installed among 11,000 cinema sites across China, fueling the 98 percent coverage of 3D screen installation during the fastest growing period of the Chinese cinema industry. As the world's biggest film market, China currently has about 15,000 cinemas and more than 80,000 screens, the most globally.