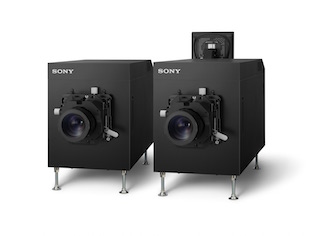 CinemaNext installed all the systems in time for the European opening of Star Wars: The Last Jedi on December 14, which was made available to cinemas as a native 4K digital cinema package.

“Laser projection in Sony 4K is literally out of this world – from the flash of every light sabre to the inky blackness of deep space,” said Karl-Joachim Lohkamp, managing director of CinemaNext Deutschland.

“We’re delighted that two of Germany’s most successful and commercially ambitious operators are redefining big-screen entertainment with the hotly-awaited SRX-R815DS. And what better way to introduce audiences to this awesome projection solution than the latest spectacular instalment of the Star Wars saga,” said Oliver Pasch, sales director, Sony Digital Cinema 4K.