New York Women in Film & Television will provide film production grants to El Pueblo vs. Austeridad / The People vs. Austerity and Coquito. The projects come from two of the 12 media making teams selected for Good Pitch Local Puerto Rico, where they pitched live from Puerto Rico via webcast to a group of advisors, with connections to non-governmental organizations, distributors, and foundations. 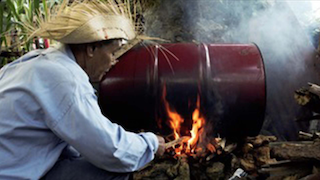 Prior to pitching, selected projects underwent an intensive professional development workshop series and received one-on-one mentorship from industry professionals as part of the program. The program was produced by NYWIFT, ADocPR, the Philadelphia Latino Film Festival, and Doc Society.

This is the first step in NYWIFT’s new Creative Workforce: Latina Pipeline Initiative. Despite Latinos being 18.7 percent of the U.S. population, Latinx women continue to be virtually invisible in the entertainment industry particularly off-screen. This multi-level mentoring program is designed to create a more robust, diverse pipeline of creative professionals. The program includes training, exhibition/broadcasting support, mentorship, and network building for mid-career women, who have been creative leaders on two or more widely screened or broadcast projects and whose standing is recognized by their peer in the form of recommendations. In the next four years NYWIFT plans to launch series of Creative Workforce Pipeline Initiatives focused on women from underrepresented groups (Latina, Indigenous, Black, and Asia). The Latina program serves as a pilot for all these forthcoming initiatives.

The documentary short El Pueblo vs. Austeridad / The People vs. Austerity by Vivian Vázquez Irizarry, Gretchen Hildebran examines the austerity policies in Puerto Rico that were imposed by 2016’s PROMESA fiscal control board, also known as “La Junta.” This film also challenges the narrative that austerity is the only possible solution to any financial crisis – especially for communities of color. The final installment of a three-part web series, this episode connects Puerto Rico today to the regimes imposed on New York City in 1975 and Detroit in 2013 and marks a different path out of the fiscal crisis, towards community repair and renewal.

Bienvenida Matías’s documentary Coquito explores the hidden history of Puerto Rico's traditional Christmas drink, detailing its connections to business, colonialism, labor, agriculture, and politics. It is a meditation on culture that covers several important topics while showing a light-hearted approach to coquito tasting contests and the Christmas season. The heart of the film is how both the U.S. and island-based Boricuas preserve the culture and the changing idea of what is a Puerto Rican. 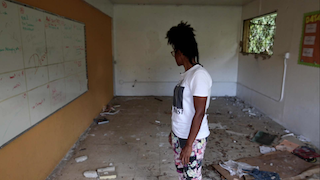 “We at NYWIFT are thrilled to support the expansion of Good Pitch Local to Puerto Rico. Networking and partnership-building are essential for content creators to bring their work to a wider audience, and this collaboration will help shepherd exciting new voices to the screen and shine a light on vital Puerto Rican experiences,” said NYWIFT executive Director Cynthia Lopez. “Both of these selected projects speak to the spirit of Puerto Rican culture, history, and future in unique and exciting ways.”

“Holding the Good Pitch Local event in Puerto Rico was a great opportunity for the growth and strengthening of the selected local projects. It also promoted the creation of important alliances between the projects and collaborators, such as grassroots organizations, that continue to nurture the efforts of social, community, and cultural impact so necessary in the archipelago,” said Rhett Lee Garcia, president of AdocPR (Asociación de Documentalistas de Puerto Rico).

“PHLAFF is grateful for the opportunity to collaborate with the ADOCPR, Doc Society and NYWIFT on the first Good Pitch event in Puerto Rico. Our team looks forward to continuing to support these projects, thrilled to host the World Premiere of Seran Las Dueñas de la Tierra and the Philadelphia Premiere of We Still Here at our 11th edition and exploring ways to be a resource for developing a long-term strategy to collaborate with creatives and filmmakers in Puerto Rico,” said Marángeli Mejía-Rabell, director of the Philadelphia Latino Film Festival.

“ADocPR, NYWIFT and PHLAFF made for amazing partners for Good Pitch Local Puerto Rico, bringing their regional expertise and depth of relationships to the program and offering a breadth of feedback and heartfelt guidance to the film teams. Doc Society is thrilled to have funded 5 of these incredible Puerto Rico-based projects,” said Doc Society director Maxyne Franklin.