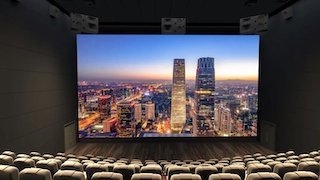 One of those screens measures16.384 meters by 8.64 meters.  The companies say it is currently the world's largest DCI-certified 4K LED cinema display. Unilumin received its certification from the Digital Cinema Initiative last June.