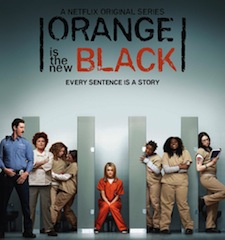 Hollywood produces seemingly fewer films each year and when a large number of those films fail to attract audiences – as was the case this past summer – the downturn in business hurts studios and theatres alike. Meanwhile, so-called over-the-top distributors such as Netflix, YouTube, Direct TV, Amazon and iTunes and others are offering a large and diverse selection of quality content that people around the world enjoy in growing numbers. Faced with those two realities, can movie theatres survive?

The rise of over-the-top distributors could not be happening at a worse time for the studios and the mainstream theatres that depend on their output. Last summer’s box office numbers were down by more than twenty percent. It was the worst box office summer since 2005 and, adjusted for inflation, the worst in more than two decades.

This comes just as many of the virtual print fee agreements that enabled so many theatres to make the transition to digital cinema, are beginning to expire. Even with studio support, those theatres sacrificed financially to make that transition. They made the sacrifice because they believed there were no other options. They also believed there would be new opportunities and genuine profits once those deals expired. Yet, the end of the VPF deals offers as many plusses as minuses. 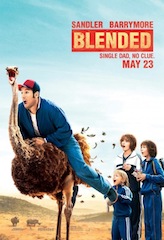 One of those plusses is the freedom to show more content other than Hollywood movies. Once a VPF agreement expires, the studios and their distributors have much less say about what individual exhibitors can show. That matters. A few years ago at a panel discussion on alternative content, a theatre manager recounted with some anguish his first attempt to show a non-Hollywood program. After he scheduled the event his distributor called. The man was screaming. “Why are you running that shit on my fucking screen?” he demanded. The event was cancelled. Several exhibitors at that same panel discussion shared similar stories.

But there are minuses to the lack of financial support from the studios. The digital technology installed in movie theatres is now between five and ten years old. Anyone who has ever owned a computer can understand the reality that technology that old needs to be upgraded or replaced and probably soon. Those new technology expenses, in this environment, will be a major challenge for many theatres. How will they continue to pay for infrastructure maintenance and upgrades?  Can they compete without them?

Sony’s recent experience with The Interview may offer a few lessons about the future. The almost immediate decision by the four major chains not to show The Interview was, at least in part another demonstration of their growing clout. But what about the smaller chains and independent theatres? 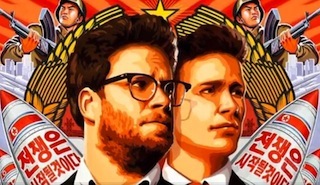 Surely Drafthouse Cinemas and the art houses that screened the comedy on Christmas day did better box office than they otherwise might have expected. And thanks to them and the over-the-top providers who streamed The Interview, Sony enjoyed a modest success, especially in the court of public opinion.

Vauhini Vara, writing on the New Yorker’s website said, “It is starting to seem as though Sony Pictures could turn what appeared to be a debacle into at least a partial victory, not only by making back some money on a film that, according to critics, is sort of rotten, but by seeing modest success with a relatively untested model for distributing films.”

She continued: “In the case of The Interview, the film’s limited availability in theatres likely meant that more people were willing to spend at least $5.99 to watch the film in the comfort of their own homes; the fact that it was the holidays surely helped. There could be ways to apply this model to other movies—by deliberately making a film available in a small number of theatres, for example, and releasing it online at the same time—but it’s hard to see how a studio could generate enough buzz for a more conventional film, with a big budget, to make the math work.”

Simultaneous wide theatrical and online release has been tried in the past and, invariably, rejected by exhibitors. Most recently Regal Cinemas and Cinemark refused to show the Warner Bros. film Veronica Mars when that studio opted for a day-and-date release. 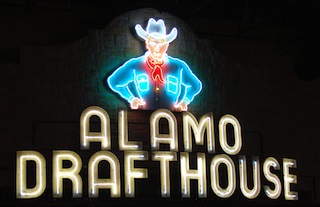 The National Association of Theatre Owners has historically fought any change in the traditional release model. The association has also taken a consistently hard line with over-the-top providers, and in recent weeks has singled out Netflix in particular. This past November, Patrick Corcoran, NATO’s vice president & chief communications officer, posted an article on the association’s website entitled: Netflix And The Myth Of Innovation: Simultaneous Release Is A House Of Cards.

He was disputing remarks by Netflix's chief content officer, Ted Sarandos who said, "Movie distribution is pretty stuck in old models. A lot of models that the theatre owners have kept in place are outdated. We need to stop distinguishing the experience by access. Many movies are just as good if not better at home. Theatre owners stifle this kind of innovation at every turn. The reason why we may enter the space and release some big movies ourselves this way is because I'm concerned that as theatre owners try to strangle innovation and distribution, not only are they going to kill theatres, they might kill movies."

Corcoran offered NATO president John Fithian’s response to that: "Subscription movie services and cheap rentals killed the DVD business, and now Sarandos wants to kill the cinema as well. The only business that would be helped by day-and-day release to Netflix is Netflix. If Hollywood did what Sarandos suggests, there wouldn't be many movies left for Netflix's customers or for anyone else. It makes absolutely no business sense to accelerate the release of the lowest value in the chain." 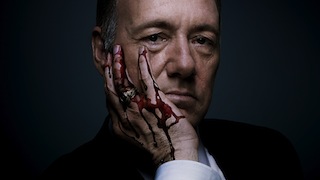 The larger point that Corcoran seemed to be making was the importance of exclusivity in drawing audiences. He said if the people at Netflix truly believed exclusivity didn’t matter, they would “Make House of Cards and Orange is the New Black available on Hulu, Vudu, Redbox, Amazon Prime, cable VOD, and next to the checkout counter at Walmart.”

That’s a fair point. But Corcoran seems to ignore the fact that Netflix is not the only one competing with those companies; so are all of NATO’s member theatres.

The long partnership between NATO and the Hollywood studios has been good for both sides. Hollywood has spent millions of dollars marketing the movies that will play in theatres so that consumers know what’s available to them. NATO’s members have spent millions building exciting venues where people can gather to enjoy those movies. And the studios have helped most of those theatres convert to digital cinema technology to the benefit of both.

But, given the nature of the studio business today and the demands of their corporate parents, there may be little more that the studios can do to help theatres succeed in the digital era. As China solidifies its position as the world’s number one movie market the studios will almost certainly produce stories that have even more international appeal. Interpret that however you choose. 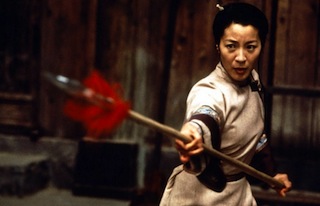 The big four chains will succeed and probably thrive in the coming months and years no matter what, if any, changes take place in the release models. In addition to the daily staple of Hollywood films, they have built large networks of theatres and are developing new businesses in cinema advertising, major corporate events and a growing selection of event cinema.

Event cinema, or alternative content, offers great potential for many theatres but it will not work in every market. It typically requires the potential audiences found in cities and large suburban areas where residents have discretionary spending money. Close proximity to universities, thriving film festivals and large corporations are also a plus. There are exceptions to this but they are rare. And, even in ideal markets, making event cinema work requires aggressive, often expensive marketing on the exhibitor’s part. Marketing is not easy and is not a skill the average exhibitor has or can afford to hire.

In that regard, NATO has taken some steps to help exhibitors. At its annual trade show, CinemaCon 2014, NATO presented a roundtable event by the Event Cinema Association that was a great success. More such events with an even more diverse group of content providers would be another positive step at CinemaCon 2015.

The next test will be Crouching Tiger, Hidden Dragon: The Green Legend. It is scheduled to be released simultaneously on Netflix and in select IMAX theatres August 28. Once again, the four major chains – AMC, Cinemark, Carmike and Regal – have already said they will boycott it. What will the smaller chains and independent theatres say?

A major comeback at the box office in 2015 would likely push most of these issues onto the backburner once again. But another down or average year could yield other results. By most estimates, there are 130,000 digital screens in the world. Many industry insiders believe that is too many and that a wave of theatre closings is on the horizon.

The accounting firm PricewaterhouseCoopers has estimated that over-the-top providers will generate more revenue than the box office as soon as 2017. Can the day be far behind when independent theatres and smaller chains follow the lead of Drafthouse Cinemas and IMAX and reach out to over-the-top providers and other distributors exploring new ways of working together?