The Cloud is Here. Now What? 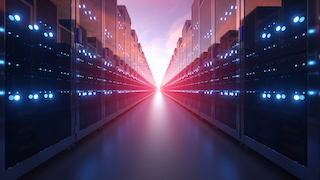 For the past few years, it was a safe bet that the technology priorities for chief technology officers in broadcast and other professional media verticals involved a move to the cloud, however where it fell on the list of priorities varied widely. With so many media and technology professionals “finding the time” to move their infrastructure to the cloud, it was happening on the weekend, in the evenings, during quiet days in the office, and for some, it was little more than a hobby. The pandemic changed priorities heavily by demanding a development that has been a long time coming—a complete move to the cloud.

The inactiveness due to the pandemic showed that what was once perceived as a benefit of this infrastructure suddenly became a necessity for business and personal survival.

Other priorities of technology leaders and entrepreneurs in 2021 will center on workflow efficiencies and cost savings. These are neither new concepts nor new priorities for a technology leader. What is new is the means of achieving a desired level of efficiency. And many are looking to what is known as the sharing economy to accomplish this.

The sharing economy vastly deemphasizes the need for ownership. Acquiring tools, talent, and equipment suddenly looks a lot more like renting. The ride sharing company Uber is often cited as a known sharing economy operation.  For media technology, services in the cloud may replace hardware, experts might be hired “as needed” and when it fits their schedule, and unused space in a sound studio or television production studio will no longer be idle as it gets rented out for service. 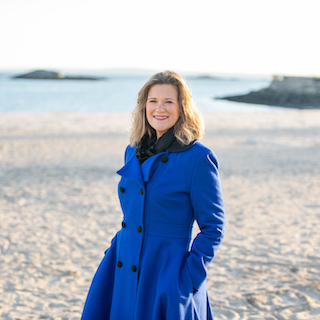 There will be a few key challenges for which standards can provide a solution. Cloud and multi-cloud infrastructure will need interoperability. In parallel, microservices based software architecture for media systems will continue to gain traction and will simply need to interoperate. Developments in both of these technological areas will fuel the sharing economy as well.

SMPTE and its members and volunteers are prepared to address these challenges. The Society offers an unbiased, neutral place to talk about the processes for interoperability in these key areas and in any media technology area. This is what SMPTE has done for more than 100 years. The Society was formed to bring order to a chaotic, new motion picture business in the 1910s. Over the decades, SMPTE has been there to reduce chaos in major technology advancements and here we are again in an especially chaotic time. SMPTE is ready to act.

Just as the industry undergoes this massive shift, so too must SMPTE shift in adapting how we develop standards, or, perhaps better said, promote interoperability. In a push to move more nimbly, over the past few years, the SMPTE standards community has vastly evolved its way of working and employing new platform tools, including Trello, GitHub, and so on. We also launched a new document format to address the speed with which documents are made available for review. The public Committee Draft option invites comments and feedback from the community, not unlike the principles of cloud sourcing seen in software development circles. The tools we are using now are more popular and common in the software world and allow SMPTE to operate in much the same way.

We are witnessing the rapid replacement of hardware products with software based on a microservices architecture, and an embracing of “services for hire” ideologies. SMPTE understands companies spend huge costs in developing products with small profit margins. With less chaos, the Society can help those companies focus on the shift to software or even support their foray into new business verticals.

Barbara Lange is the executive director of SMPTE and of the Hollywood Professional Association.