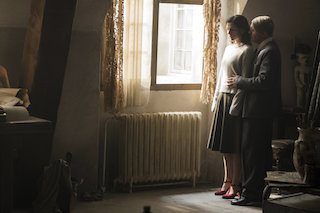 The second series of National Geographic’s popular series Genius focuses on the extraordinary life of painter Pablo Picasso. Colorist Pankaj Bajpai at Encore in Hollywood was charged with creating the look that evoked the time and place as well as the art.

Bajpai was also the colorist on the first series of Genius, which featured Einstein and was set in Germany. Series two inhabits the much warmer climes of Spain and Paris. Working with cinematographer Mathias Herndl, it was the place that led them to the look: “We anchored ourselves in the quality, color and texture of the Spanish light in Málaga, the birthplace of Picasso,” Bajpai explained.

The series tells the story of Picasso (played by Antonio Banderas) and his complicated, chaotic lifestyle, which was the source of his vibrant paintings. National Geographic and the show’s creator Kenneth Biller were concerned with creating the sense and style of the first half of the 20th century. “A key challenge was to maintain the authenticity of the period, and yet somehow keep a contemporary flair,” Bajpai recalled. 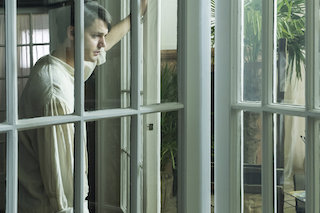 “We start with Picasso’s father and his memory of the bullfights – it’s all incredibly warm,” he continued. “Then Picasso as a young man, with many candlelit interiors. And towards the very end the palette becomes sparse and cold, as his life becomes more isolated.”

Herndl shot the series using the Arri Alexa, and Bajpai was involved from the earliest days of the production. “Mathias and I have a long working relationship, and much of our understanding is intuitive – it’s a partnership where few words are exchanged. I know Mathias’s instincts when he is shooting, and he knows how I might approach the captured image. When it all comes together, it’s wonderful.”

At Encore, colorist Bajpai used the latest Version 5.0 of Baselight software, giving him access to Base Grade, one of FilmLight’s most popular features for a colorist’s toolkit. “It allowed me to approach grading using the classic zone system for the first time, which was tremendous. It is possibly one of the most practical and significant advances in grading technology in a long time.

“There are many scenes in the show where there are old European-style big and bright windows,” he said. “To be able to maintain details in the high-high-highlights and low-low-lowlights and still keep everything in between was unbelievably fast and clean.”

Executive produced by Ron Howard and Brian Grazer, Genius is a major success for National Geographic. Season one was the network’s most-watched shows of 2017 and earned the network a record 10 Emmy nominations.