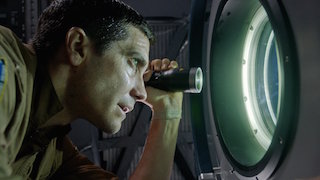 Designing a precise color workflow during pre-production can save motion picture projects time and money. The larger and more complex the project, the more the potential for savings. Digital imaging technician Francesco Giardello (Pan, Game of Thrones, Ben-Hur, Thor: The Dark World) can accurately be described as a pioneer in the use of the Academy Color Encoding System on-set. He recently designed a set-to-post color workflow using ACES for the movie Life, directed by Daniel Espinosa and starring Jake Gyllenhaal, Rebecca Ferguson and Ryan Reynolds. This space thriller from Sony tells the story of the crew aboard the International Space Station and what happens when they encounter extra-terrestrial life in the form of an organism they name Calvin. On Life, Giardello worked closely with cinematographer Seamus McGarvey ASC BSC. The main cameras used were Arri Alexa 65s although, according to Giardello, several other cameras were also utilized. I spoke with Giardello about the color workflow used on Life.

Francesco Giardello: As usual in all my jobs, I always like to involve editorial, sound, production, the post-production supervisor, the visual effects department, the main VFX vendors and, of course, our digital facility and our lab. We had several meetings before principal photography started, mostly regarding color, data and resolution pipelines. Key people have been Lisa Dennis, our post-production supervisor, Peter Doyle, the senior color guru from Technicolor in London, Phil Oatley, head of technology from Technicolor London, James Corless and Luke Moorcock from Pinewood Digital Post, John Moffatt and Tom Debenham our VFX supervisors, Sean Leonard, second unit DIT and Josh Pines from Technicolor Hollywood. To everyone of them I have to send a great thank you for the incredible job they have done on the movie; it has really been a dream project made by a dream team! 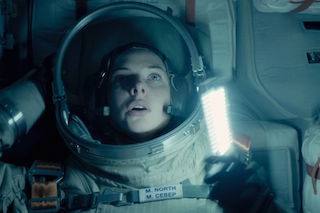 SP: Anything different about working with the Alexa 65?

FG: Beside three times the amount of data? (Ouch!) No, nothing different from any other Alexa. And, I believe, that’s the beauty of it: we have been shooting with Alexa 65 and Alexa Mini seamlessly, using exactly the same color pipeline. Which, if we take under consideration that three quarters of the movie has been shot between those two cameras, it’s definitely a great benefit to have.

We only had one technical challenge: we had to study with our VFX supervisor, our senior wizard colorist Peter Doyle and Phil Oatley from Technicolor, the best way to handle the differences in resolution and sharpness (which are two very different elements of an image) between the Alexa 65 and the other cameras. We came out with different scaling processes to compensate for the differences in resolution in order to make each camera look sharp in the same way. I think it worked pretty well and you should not be able to see any jump on the screen between Alexa 65 and other cameras.

SP: When was the decision made to use ACES and why?

FG: On day one. No brainer. At this point the answer is: why not? The team from Technicolor and I have worked together on ACES since my first project with it (Pan), Pinewood Post and Technicolor have done a few projects using ACES 1.0, and DNeg and ILM, our main VFX vendors, only use ACEScg within their pipelines. So doing anything different would only have caused issues in the long run. Anyway nobody even tried to comment on it. It was like a de-facto decision since the very first moment. A little backstage story: I remember on the first workflow meeting I must have started with, “Ok gents, this project will be shot with Alexa 65, using ACES” and I remember I was looking around all the faces to see if anybody was looking scared or worried. Well, they didn’t even blink an eye. 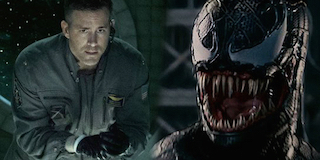 So we have been committed to ACES since the first moment and we have had pipeline developed for each camera we have used: Alexas (65 and Mini), GoPro, iPhone , Codex Action Cam, Flare 4K SDi, Sony A7s.

Everything worked seamlessly between many different systems and software. On-set I used Codex Live to grade the live feed from camera, then a Codex Vault to apply the look. Pinewood used Daylight to process the footage. Each software worked perfectly in ACES, always providing the same visual results at each stage of production. I think it has been a great success.

SP: Who was the DI colorist and how did you collaborate with him?

FG: Peter Doyle is a colorist I work with often, and he is a mentor. Our relationship is quite straightforward: he knows how I work and what I do and I know what he wants and how he works. He is a great supporter of ACES and I have learned so many things from him over the years. However, work with Peter is a constant challenge; he always pushes the boundaries and there is always something new to do or learn. Normally, and that’s what happened on Life as well, we always have private meetings and screenings with the DP before we even start group workflow meetings. He is always very keen to understand what the cinematographer and the director want as their artistic goals, then he works his way down through the technicality of it and I try to give him as much support I can, to be his eyes on set. I love working with him and his team at Technicolor.

SP: What would be your top three reasons to use ACES, if there are three?

It doesn’t cost a penny more, actually it makes you save time, which means money.

It’s already everywhere (and you don’t even know it).

It can make your content look the way you intended, with no compromises or mistakes down the line.

Then I can continue forever.

It’s a standard, as we have needed since the dawn of digital cinematography.

It eliminates the need for technical grading for different camera sources.

It’s made by incredible minds – the most prestigious color scientists, mathematicians and cinematographers of the world.