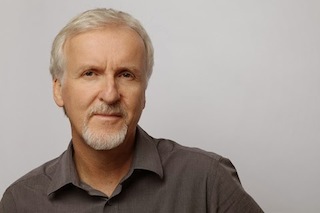 “On behalf of The Motion Picture Sound Editors, I am pleased to announce that James Cameron will be honored with our Filmmaker Award at the 2014 Golden Reel Awards,” said Frank Morrone, president of MPSE. “James has always pushed technology forward to new heights to fulfill his creative vision.  His films have set box office records. Titanic and Avatar, which he wrote, produced, directed and edited rank as the two highest grossing films of all time. I hope that you will join us for a great evening as we celebrate Mr. Cameron's achievements and contributions to the art of filmmaking.”

Cameron is a film director, producer, screenwriter, and editor. He first found success in 1984 with the science-fiction hit The Terminator. Cameron went on to write and direct Aliens, followed three years later with The Abyss. He found further critical acclaim for his use of special effects in the action packed blockbuster Terminator 2: Judgment Day.

After his film True Lies, Cameron took on his biggest film at the time, Titanic, which won the Academy Award for Best Picture and garnered him the Academy Award for Best Director and Film Editing. After Titanic, Cameron began a project that took almost 10 years to make: his science-fiction epic Avatar, for which he was again nominated for an Oscar as Best Director and Film Editor. Cameron has been nominated for six Academy Awards overall and won three for Titanic.