Post-production house Light Iron, a Panavision company, has hired senior colorist Nicholas Hasson. He will be based in the company’s Los Angeles facility. 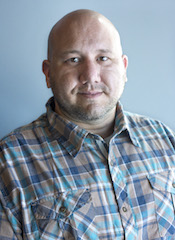 “Nicholas has a wealth of experience that makes him a great fit with our team,” said Light Iron general manager Peter Cioni. “His background in color, online, and VFX ensures success in meeting clients’ creative objectives and enables flexibility in working across both episodic and feature projects.”

Hasson colored the upcoming Tiffany Haddish feature Nobody’s Fool and Season 2 of HBO’s Room 104.  Additional past credits include Boo 2: A Madea Halloween, Masterminds, All About Nina, and commercial campaigns for Apple, Samsung and Google. Hasson worked most recently at Technicolor, but his long career has included time at ILM, Company 3, and Modern VideoFilm.

Hasson said moving to Light Iron was an exciting opportunity. “I had been following the work of Light Iron’s colorists, as well as admiring the company’s progressive approach toward technology, for a long time,” he said. “It’s a pleasure to work alongside such a talented group of artists and producers.” Like the company’s other LA-based colorists, led by Ian Vertovec, Hasson is able to support cinematographers working in other regions through virtual DI sessions in Panavision’s network of connected facilities.

Hasson joins the company during a time of high-profile streaming releases, such as Netflix’s Maniac and Facebook’s Sorry For Your Loss, as well as feature releases garnering awards buzz, such as Can You Ever Forgive Me? and What They Had.

Cioni added, “This is a significant time of growth for Panavision’s post-production creative services. We are thrilled to have Nicholas with us as we enter this next chapter of expansion.”