The groundbreaking documentary My Name is Pauli Murray is in theatres now and will be available on Amazon Prime October 1. The film was made by the same team that made the award-winning documentary RBG about the late US Supreme Court Justice Ruth Bader Ginsburg. 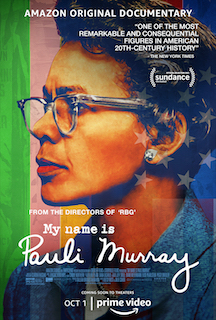 As an African American youth raised in the segregated South—who was also wrestling with broader notions of gender identity—Murray understood, intrinsically, what it was to exist beyond previously accepted categories and cultural norms.