The post-production accounting firm Trevanna Post has promoted Yana Collins Lehman to chief executive officer. Lehman, who previously served as president and COO, succeeds Jennifer Freed, the company’s founder, who will focus on her role as CEO of Trevanna Tracks, a developer of music licensing software. 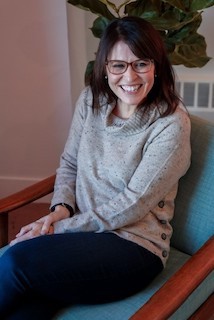 In her new position, Lehman will be responsible for the performance and operations of the company’s offices in New York, Los Angeles, and London. She will also direct strategy, future growth, and innovation.

“Yana has been part of every stage in Trevanna’s success,” said Freed. “She has a passion for post-production and a clear vision for the industry’s future. She has been effective both in leading our staff and as an advocate for our clients. Trevanna is in very good hands.”

Lehman joined Trevanna Post in 2004 as an accountant when it was a boutique operation based in New York City’s iconic Brill Building. She was appointed president and COO six years later, and since then has led in expanding Trevanna into Los Angeles and London.

“I’m very proud of Trevanna,” Lehman said. “The people who work at Trevanna care about every one of our projects. We consider ourselves filmmakers, not bookkeepers, and we love what we do. I believe this is why we have great clients, who have continued to hire us for the past 25 years.”

Looking ahead, Lehman believes the company’s challenge is to assist its clients in responding to tax credits and other complications in completing projects. “Our goal is always to hire and train people deliberately. There are a lot of projects we have to turn down. We look forward to scaling our operation so we can work on as many projects as we’re offered.”

Lehman got her start with Independent Pictures under Cary Woods and Andrew Karpen, while a graduate student at Columbia University. She later worked as a paralegal at Sloss Law/Cinetic Media before joining Trevanna Post. She is an active member of Local 161.

Since 2009, Lehman has served as chair and board member of the Post New York Alliance. She successfully lobbied New York State to increase film industry jobs by passing a 30 percent film and television post-production incentive. She is an outspoken advocate for the state’s post-production industry and has worked to build bridges between the entertainment industry and local governments.