The Artistry of Jungle Book: Part 2 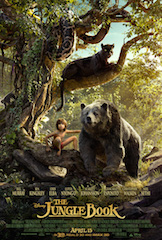 Director Jon Favreau’s The Jungle Book won this year’s Oscar for Best Visual Effects. A Walt Disney Picture, the movie is unique because the only live action character, the boy Mowgli, was shot on bluescreen while everything else was computer-generated. The visual effects team included key talent from Technicolor and its subsidiary, the Moving Picture Company. In part two of our five-part series, MPC chief technology officer Damien Fagnou describes some of challenges and complexities presented in producing this daunting artistic and technological undertaking.

To support the development complex photo-realistic animal characters and rich jungle environments of The Jungle Book it was critical to develop user interfaces that masked the technical complexities of the collaboration and communications systems so artists could focus on their creative activities.

Creating The Jungle Book with one live actor and digitally created animals in a totally digital environment required a level of synchronization between greatly redefined and fully integrated processes that radically redefine the traditional notions of pre-production, production and post. To support the development complex photo-realistic animal characters and rich jungle environments of The Jungle Book it was critical to develop user interfaces that masked the technical complexities of the collaboration and communications systems so artists could focus on their creative activities.

Hundreds of artists and VFX specialists spread between London, Bangalore and Los Angeles generated many terabytes of data. The movie was color finished by Technicolor in both 2D, 3D and a multitude of high dynamic range deliverables and set the standard for global virtual productions and photorealism work. Fagnou supervised the technology infrastructure that underpinned the creation of The Jungle Book, a technologically and artistically complex project.

Digital Cinema Report: You spent three years of your life working on the technology aspects of The Jungle, Book, a movie that has received a tremendous amount of attention for the incredible technological feats it accomplished. Can you tell me about your role as a technologist in supporting this project?

Damien Fagnou: From the very first meeting we had with the director and the creative team on the Disney side we worked to empower their re-imagining of the Disney classic based on filmmaking techniques that combined live action from the main character in an otherwise totally virtual environment.

Our aim was to bring to bear all the latest technology to provide a more creative tool for the director. We set out to create a photo real world with enough stylization and credibility to tell the story in a brand new way using all the modern techniques of visual effects that we have today. 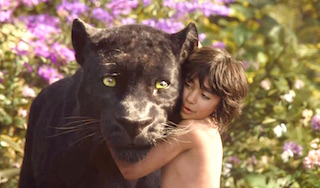 DCR: Let’s start with some of the basics. The amount of data you were managing must have been immense and would have had to be spread all over the world. What was involved in the data management for The Jungle Book?

DF: The project was built around the world in our different facilities. It was shot in Los Angeles on a sound stage where only the actor who played Mowgli was present.

A lot of the work on building the environments was done in our facilities in India, in Bangalore. They did an immense amount of survey work looking at the world, capturing hundreds of thousands of pictures of real landscapes and environments that were then photographically recreated to create photo realistic environments for the movie.

A lot of the artistry of animation, building the characters, was done by a team in London – which at its peak involved 700 people for the 12-14 months of the main production period.

We needed many terabytes of storage so it was a tremendous technology challenge all around. But we were always trying to put that technology at the service of the storyteller because...in the end...what people want is the experience.  They do not want to deal with technical difficulties.

So, we were always trying to put ourselves as technologists at the service of the director to tell the story and to make his ideas come to the screen.

DCR: How did you help film director Jon Favreau work with so many different storytellers at the different levels of production from VFX to directors of photography all over the world?

DF: The director worked with visual effects supervisor Rob Legato and their creative team in Los Angeles...but they were constantly connected through the Technicolor Production Network so they could receive assets being created in Bangalore and London. They were able to do live reviews of the video footage being produced.

DCR: Tell me about the collaboration. You have terabytes of data going back and forth. I am wondering about version control: people working simultaneously on data. How did you keep all that together across a global production network?

DF: MPC and Technicolor have a long history of building really large-scale productions across many networks. We have 10-15 years experience in asset management. Everything is version controlled. We have a synchronization architecture that makes sure all these versions are synchronized across the various sites and that the important versions are moving into the right place at the right time. 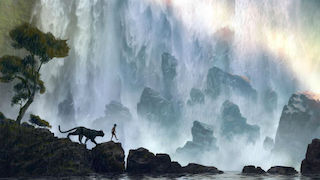 We catalogue everything and represent it to the artists in a way that is mostly seamless to them... so they are using the latest version of that complex environment, whether it is an individual feature of the jungle, or one the jungle scenes with hundreds of buffaloes and many other characters.

Everything is represented through dailies that are shared throughout the facilities. This makes it possible for the creative team members to review the work in progress.  So they are able to say ‘We like this version of Baloo. It is great. Let’s move it into the shot.’

We try to hide the complexity of the technology from the creatives so they can really focus on the story.

DCR: That brings me to the issue of user interfaces, making it easy for the artists. Artists today are pretty technology savvy, but what kind of attention did you put to that user interface so everybody felt comfortable, whether they were in London, in India or in Los Angeles?

DF: The industry is growing very rapidly and we have a new younger crowd interested in contributing to visual effects. We are always trying very hard to make our tools accessible and easy to use and what I said about simplifying the technical challenge for the director applies equally to what we did for the artists.

Artists need to focus on animating a character, on painting the right texture or on creating beautiful effects rather than thinking about how the result is going to be distributed.

So a lot of the asset management pipeline was about automating the processes so that it did not require intervention from the creatives...this enables them to focus on their art.

We spent a lot of time on the user interface but also on the automation process in general so that once artists had done their work it could go to the next department. That stage needs to involve the artist as little as possible, because they need to start working on the next shot.

DCR: There was a lot of buzz about this project from the very beginning. It was a very sensitive high-end project. What were the measures you took as a technologist to make sure that people had maximum collaboration while ensuring that the assets were properly secured?

DF: We worked very closely with Technicolor and all our studio vendors to build very stringent security while minimizing its intrusiveness for the artists.

We had segregated networks...and although they were connected to one another...we limited access to the Internet. We provided other ways for the artists to get to information and to communicate with each other in ways that did not compromise the security of the content.

We leveraged the richness and the speed of the Technicolor Production Network that connects all our facilities in a secure way.

DCR: You made a reference earlier to the maturity of your processes and you said the technologies that were applied to The Jungle Book were the result of the many projects you have done in the past. What did you learn from The Jungle Book that will enable you to better apply technology to projects in the future?

DF: The key achievements on The Jungle Book were building incredibly large environments and photo real animals: the skeletons, the muscles, the motion of the flesh, the fur, creating emotional characters without breaking the illusion of them being real animals.

When we set out to build The Jungle Book we looked at the script and we looked at the photo reference from India and realized that every minute of the 90 minutes of footage needed to be digital and photo real, it was quite daunting.

We delivered beautiful imagery and we learnt a lot along the way. There were many things we think we can do better and we are now working on productions for Disney and others where we are applying these [lessons] to good effect to make sure that those future productions will raise the bar. You’ll be seeing the results in the next year or two.

We learned how to leverage new technologies. Virtual reality is becoming commercially available. Augmented reality is becoming interesting to represent some of the workflows and we are certainly working with the creatives to empower them to experience the filmmaking process the way they like.