BTV Post Completes How Cities Work in 3D and 2D 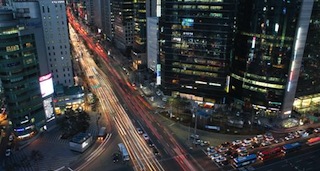 Filmed in 3D, How Cities Work visits London, New York, Barcelona, Las Vegas, Berlin, San Francisco and many other iconic cities following the amazing technological achievements, planning and engineering feats that make life in these great cities possible and pleasurable for the masses. BTV Post handled all the post-production for the TV series How Cities Work, which was commissioned by Discovery. BTV Post worked closely with Electric Sky Productions to ensure How Cities Work retained its 3D visuals and in-depth footage

Post supervisor Chris Gallani said, “HCW was a production that was logistically and technically challenging. Rushes were couriered from location to our post facility operating round-the-clock for immediate ingest. We needed a workflow, which allowed for the footage to be accessible ASAP by the editors who were eager to start, as well as tailoring for the multiple media types coming from the different cameras we used on the shoots.”

“HCW required a well planned workflow to be conceived within a relatively short space of time before filming,” Gallani continued. “Luckily, our experience of working on major stereoscopic 3D productions helped us deliver a workflow that merged seamlessly with production. It was great to see it flourish into full, glorious 3D and 5.1 Surround. The team were very happy with its delivery and look forward to seeing it on TV.”

How Cities Work was filmed earlier in the year using a range of cameras including the Sony TD-300, with the media transferred via BTV Post’s fast data connection for online and mastering on Mistika and Avid editing suites. The deliverables were managed using Eclipse, BTV Post’s bespoke digital media management platform.

How Cities Work was broadcast November 17 on Sky 3D; the 2D version will be broadcast in March 2014 on Discovery.