Cinema as a Force for Good 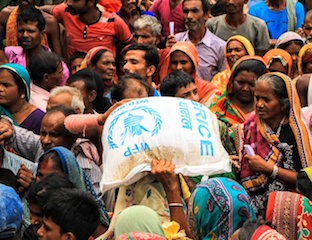 Last month, as is widely known, the Nobel Peace Prize was given to the United Nation’s World Food Program for its efforts to combat hunger, for its contribution to bettering conditions for peace in conflict-affected areas and for acting as a driving force in efforts to prevent the use of hunger as a weapon of war and conflict. What is, perhaps, less widely known is the important role that cinema advertising has played, and continues to play, in that effort. That role is led by SAWA, which was founded in 1954 as the Screen Advertising World Association. The name was changed to SAWA the Global Cinema Advertising Association in 2015, the same year the group partnered with the UN on its efforts to end world hunger. My conversation with SAWA CEO Cheryl Wannell began there.

How long have you been SAWA CEO and what were you doing prior to that?

I joined SAWA in 2003 when I relocated to London and in 2006 returned to Sydney Australia my home country where I now run the Secretariat. In 2004 I became general manager and subsequently in 2017 became CEO and I am responsible for running the day-to-day operations. During my tenure, the size of the trade body has doubled. Besides driving, the profile of the global cinema medium the body is responsible for setting standards and recommendations both ethical and technical aspects of the cinema medium around the world. I do this through my co-chairing of the SAWA Digital Committee. My background is in marketing, sales and business management. Prior to this role I was global managing director of the cinema advertising company Val Morgan based in Australia– my operational expertise saw the company grow from an Australian company into a global organization operating in eight countries. Through my work in making the UN Sustainable Developments Goals well known and working directly with the United Nations World Food Program, I also sit on the United Nations World Food Program Global Impact Council. 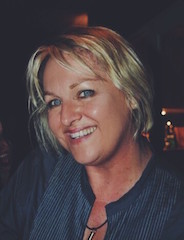 Not everyone is familiar with SAWA. Please talk about what your organization does and who its members are.

SAWA is the Global Cinema Advertising Association – the global trade body of cinema advertising companies and associated companies that supply services to the cinema advertising industry. The role of SAWA is to develop international standards and best practices for the cinema medium and to improve communication between cinema advertising companies around the world. This facilitates the easier buying of the cinema medium for advertisers and agencies. The cinema-advertising medium has always been uniquely positioned. Featured in an immersive environment, cinema offers high quality on-screen images, state-of-the-art sound, highly targeted, captive audiences, and brand safety. This has positioned cinema advertising as a powerful medium, albeit small in percentage terms of main media expenditure which is dictated by its finite reach of the sought after audience it can deliver. SAWA has been established for more than 65 years and now represents the cinema-advertising medium with more than 60 members in 38 countries.

The membership includes cinema advertising companies, research companies that analyze, collect data, and conduct research on behalf of the medium, and technology companies who supply products and services to the business. SAWA has an executive council made up of prominent global cinema advertising sales houses. Our current president is Florian Weischer, chairman of Weischer Cinema in Germany.

The trade body is very proactive, continually building the profile of the cinema-advertising medium through research, setting of standards, and marketing initiatives. In 2005, SAWA’s Digital Committee brought together world leading technology companies and the cinema advertising industry to pioneer the setting of standards and recommendations, as the digital world became a reality for the medium. In 2009, SAWA released its third edition of the standards and recommendations and to date, many companies have adopted these principles when going digital. SAWA now authors white papers on all aspects of the technical advancement of the medium through our SAWA Digital Committee.

How and when did you get involved with the United Nations World Food Program? 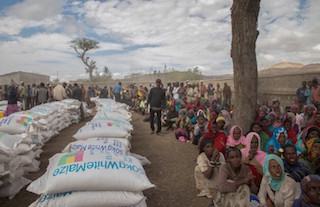 I initially met Richard Curtis, from Four Weddings and A Funeral fame, in early 2015. He was then leading the charge with Project Everyone and the Sustainable Development Goals launch and making the public aware of the challenge.  SAWA approached Curtis and famed advertising executive Sir John Hegarty from the Garage Soho based in London with an opportunity to make the first ever-global cinema ad. Since 2015, SAWA and its global cinema ad company members each year have supported the United Nations Sustainable Development goals with an eight-week global cinema campaign screening in cinemas in more than 35 countries.

Associated member company Unique Digital mastered and distributed the ads globally. In addition, other member companies such as Barco, Dolby, Finch, Knowit Norway, Nielsen, and Mesh all played a pivotal role in bringing this global campaign to life on the big screen.

The Feed Our Future campaign, which began in 2018 with the Miriam ad and went through to 2019 with the Keep Our Voices Alive ad, highlights the huge loss of potential to the world when children, families and communities do not have the food and nutrition they need. Every time a child dies, our future dies with them. Cinema was the chosen medium as it had a perfect demographic to reach the youth together with this expectant and captive audience to be able to changes hearts and minds to build the brand awareness of the UNWFP. This was the first consumer facing branding campaign that the UNWFFP had undertaken. 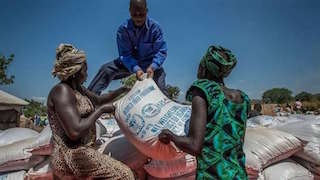 Zero Hunger is the second of the 17 Global Goals for Sustainable Development adopted by the 193 Countries in 2015. The aim of the UNWFP is to achieve Sustainable Development Goal number two, which is zero hunger by 2030. Their mission is to save lives, change lives and deliver food assistance in emergencies, they aim to work with communities to improve nutrition and build resilience, which is paramount. In 2019, it has assisted 97 million people globally and distributed 15 billion meals.  Still, every night, 821 million people go to bed hungry. Achieving zero hunger is possible, but only if the people of the world unite in this cause.

What was the genesis of the Feed our Future campaign?

Sir John Hegarty conceived the campaign. The unsettling 60 second spot Keep Their Voices Alive is set in Syria, a desolate war-torn landscape of burnt out cars and twisted iron poking out of fallen concrete. Amongst the rubble, children stand, singing in unison the words of Yusef Islam’s (formerly Cat Stevens’) ballad How Can I Tell You. Then each child begins to disappear like a ghost, with their silence signifying their loss of life. The song becomes weaker, lyrics become harder to decipher until it concludes with a solitary child singing, “When I look and you’re not there.” The video ends with the shocking statistic that every year, three million children die of hunger. The ad features real refugee children who were taught to sing this song. Therefore, it has a real authenticity to it. 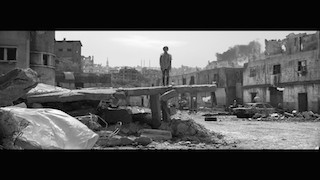 We were in creative discussion with the UNWFP and Sir John and ready to commence production on the 2020 campaign, when COVID-19 struck and the project was put on hold due to travel restrictions and uncertainty. I have no doubt as the world returns to a more normal environment then we will take up those discussions once more.

How successful has the UNWFP in using the global cinema medium in the last two years?

The latest Nielsen survey commissioned by SAWA on the 2019 global cinema ad showed that the brand awareness more than doubled among adults who recalled seeing the cinema commercial. That is quite an impressive result. Cinema as a medium is incredibly effective at transporting the audience to another place and making them feel connected to what is onscreen. For UNWFP, the medium allowed them to create visceral emotional bonds with cinemagoers to the brand and their work, which significantly raised awareness of the global hunger crisis.

As with many businesses, cinema advertising has been set back greatly by the global pandemic. How have your members survived and how has SAWA supported them? 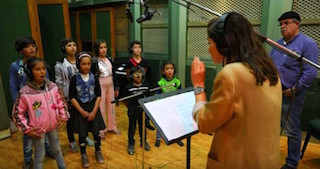 Our members rely on cinemas being open and during the pandemic, this has been an issue – so it has been tough, but in that regard we are not alone. All of the research done on a post-COVID-19 world lists the cinema as one of the top things that people want to get back to and in countries where the pandemic has allowed cinemas to be open the audience has returned to much the same level as it was before the pandemic. For example, Japan, which is the world’s fourth largest film market, is now back to 100 percent of 2019 audience levels with the recent release of the new movie Demon Slayer. The role of SAWA during this time is to be there to help our global membership, to understand what is happening globally in each market, what other countries are doing during the crisis to survive and to measure and predict future audience returns and via a series of global SAWA webinars to our members to keep the optimism and future thinking alive and well.

Despite the damage done by COVID-19, is it fair to say that you remain confident that cinemas and cinema advertising with survive and thrive? 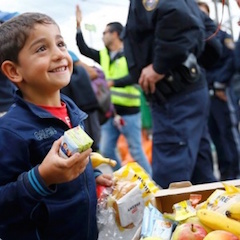 COVID-19 will bring changes to many industry sectors but the fact is cinema survived the first pandemic in 1918, as well as the introduction of television, home video, cable and streaming and a variety of new technologies and whatever else has been thrown at it. That’s because the creative experience on the big screen is the most powerful of all screens. The sound is the most engaging, but most of all when you are sitting in a movie theatre, from an emotional, humorous, serious, romantic perspective, the crowd in the cinema sighs and cries as one. No other medium has that level of emotional engagement and that will mean that once we are through the pandemic, cinema will both thrive and survive. In fact, when you read the recent Kantar Media Reactions first global equity evaluation of a selection of media channels and media brands among consumers and marketers, cinema still dominates the overall global ad equity online channels albeit in our toughest year. In the report, it says that people are also positive about cinema ads. Cinema tops the list in part because of the mediums strengths (‘fun and entertaining’ and ’good quality’), but also because they avoid many of the pitfalls of other ad formats (‘too intrusive’, ‘dull’, ‘excessive ad volume’ or ‘excessive ad targeting’). We also know from effectiveness studies that while cinema as a channel is typically low reach, it is also has the highest impact. Cinema is a hugely powerful medium to commemorate people, elicit empathy and understanding, but also to provoke debate and it has been an educator since the inception of film.