Creating the Effects for Black as Night 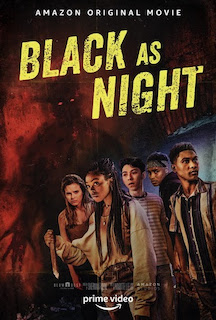 VFX Legion recently produced the effects for the vampire tale, Black as Night, a co-production of Amazon Studio and Blumhouse Productions. The movie premiered October 1st on Amazon Prime, kicking off the rollout of the final four films in the thematically related series, Welcome to Blumhouse. Legion, the visual effects vendor for the seven original films produced for the package, assembled a team tailored to the movie's needs from its LA and B.C. studio’s roster of talent. Working as a collaborative unit the company created over 160 high-quality effects, exploring options that elevated the impact of the thriller, while meeting tight deadlines.

The thriller is set in New Orleans where vampires prey on a vulnerable population displaced by Hurricane Katrina. The undead are waging war in a bid to take control of the Big Easy and turning humans to increase their ranks. The story unfolds as its teenage protagonist Shawna and her friends execute a bold plan to destroy the vampire’s leader and turn his disciples back to human form.

Legion's co-founder/creative director James David Hattin provided the creative direction for the film’s digital effects. Based in Burbank, the visual effects industry veteran worked closely with the production company and the director to ensure that the final shots aligned with her vision. 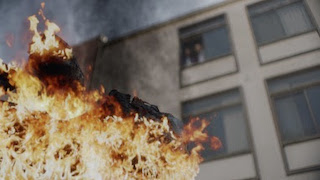 Nate Smalley, the LA studio’s head of production, and Dylan Yastremski, head of production at Legion’s B.C. facility, maintained an overview of the job, assessing its needs, and managing the logistics of producing the large volume of shots. They assigned work and scheduled artists, strategically allocating resources to maximize efficiency and keep the job on budget, while delivering the highest-quality effects.

"Marritte knew exactly what she wanted to accomplish with each visual effect and communicated with us through every stage of the production,” says Hattin.  “The time dedicated to discussing shots, working out small details, exploring ways to cost-effectively elevate the payoff of each digital effect was well spent. The close collaboration enabled our team to deliver final shots that met – and often exceeded – her expectations.” 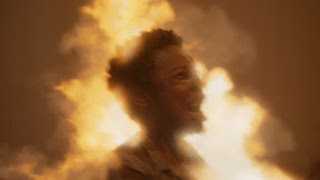 The range of effects created for Black as Night runs the gamut – from transitioning humans to vampires to designing the look and progression of their digital demise – and everything in between. Legion transformed teeth into sharp fangs, replaced human eyes with the mesmerizing orbs of a vampire, and created smoke emanating from skin touched by silver. Artists engulfed people in CG flames, scorched flesh, animated bodies on fire as they fell from a window. digitally materialized clouds of garlic dust and billows of ash, along with creating a variety of other effects that the film required.

The mix of tools were used to create the effects for the film include The Foundry’s Nuke for compositing, Autodesk’s Maya for animation, SideFX Houdini for ash, smoke, fire, garlic powder, as well as proprietary technology integrated into Legion’s pipeline.

Lee Go was very keen on making the demise of the vampires a shocking affair, with the undead exploding as they meet their end. After multiple tests and exploring various options, Legion came up with an effect that digital detonated the blood-sucking creatures with a force that obliterates their human shells leaving a dense cloud of ash. The team fine-tuned the look, lighting, and texture, creating final shots with the impact the director was seeking.

"In 2019 we started talking with Blumhouse about the original movies slated to be produced for Welcome to Blumhouse, and Legion was brought on board,” says Hattin. “Our ongoing relationship with the co-producers working on the films (Nocturne, Black Box, Evil Eye, Bingo Hell, The Manor, Madres, and Black as Night) allowed us to build on our experience. The insights it provided into their approach enabled our team to work more efficiently - and push the boundaries of digital effects a little more with each new film.”