In anticipation of the mass adoption of 4K/Ultra High Definition technology worldwide, New York’s Digital Arts (www.digitalartsny.com) has opened what it is calling the first true-4K post production facility on the East Coast. 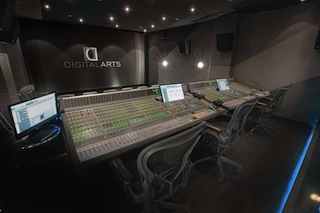 “We’re passionate about creative excellence, and with this next-generation facility, we’re opening a new chapter in New York’s long tradition for innovation,” said Digital Arts’ founder Axel Ericson. “We have built an inspiring environment where experienced digital artists have the latest technology at their disposal in order to collaborate creatively with filmmakers in this new paradigm. It’s a home for storytellers to develop the emotional qualities of their projects through beautifully crafted sound and images.

“In designing these facilities I knew we had the opportunity to start from the ground up in our approach to image, sound and the creative working environment itself. Through a careful set of choices and a no-compromise approach to detail, Digital Arts sets a new milestone in New York. We are establishing new standards of excellence to fulfill the potential of today’s digital production technology through our new post-production infrastructure,” he said.

Digital Arts has already attracted a number of high-profile projects. The company provided the audio facilities for legendary sound mixer Lee Dichter to complete Woody Allen’s upcoming feature Blue Jasmine. Digital Arts was home to HBO’s music documentary Beyoncé: Life Is But A Dream, and completed the audio design and mixing on the critically-acclaimed feature Hide Your Smiling Faces, directed by Daniel Patrick Carbone. The company also conducted the DI color grade on the feature Plus One, attended by director by Dennis Iliadis and cinematographer Mihai Malaimare Jr. 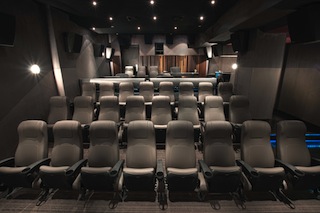 Ted Schilowitz of Red Digital Cinema said, "Red is paying close attention to those post production companies and DI grading and finishing houses that really understand the importance and value of true, high-fidelity post, finishing and delivery. One of those DI facilities is Digital Arts, right in the heart of New York City. It's great that Axel and his team are driving the technology with a full-on 4K DI grading bay, that can also serve the needs of those shooting Red today and deliver both HD and 4K versions with the same toolset.”

“Digital Arts’ new dub stage is a world-class facility,” said Dichter, Woody Allen’s long-time sound mixer. “During my career I have worked in environments where every detail has been tuned to perfection. To my delight, I discovered that Axel understands the art of sound mixing, and has designed a truly inspirational room. There's an impressive clarity, power and transparency to the audio it delivers. I found it a great experience while sculpting the dialogue tracks, and bringing out the subtle intimacies of the performances, in Blue Jasmine, Woody Allen's new feature.”

News of Digital Art’s advance is made as incentives offered by the New York State Post Production Tax Credit were recently boosted to a 30 percent tax credit on post-production expenditure. The company has become a member of the New York Post Alliance.

“Our vision is to deliver New York’s most creative post-production experience while achieving significant advances in quality,” said Ericson. “I want to energize the feature and broadcast communities, and give them something really special, that reflects the vibrancy of the city.”