Dolby Atmos Surpasses 200-Title Milestone with Inside Out 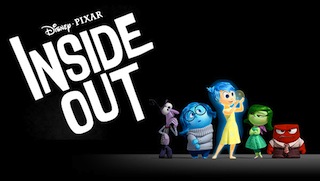 Dolby also displayed a range of technology at the show, which is being held this week in Hollywood, Florida.

Effective November 1, the Dolby Atmos Cinema Processor CP850 list price will be reduced 20 percent and is now US $26,665. The most popular object audio format in the world, Dolby Atmos enjoys support from all the leading server vendors. In addition, more than 40 Digital Cinema Package facilities and 100 sound mixing facilities are now equipped to deliver Dolby Atmos movies.

To ensure proper setup and playback, each CP850 also includes the Dolby Atmos Commissioning Service. The service provides a review of a cinema’s sound-system design to ensure that the speakers and amplifiers have the necessary performance and room coverage to deliver a high-quality Dolby Atmos experience. It also includes initial room equalization after the equipment is installed.

Dolby offers a complete line of server and library products in a variety of configurations to address needs from a single-screen theatre up to a very large multiscreen complex: