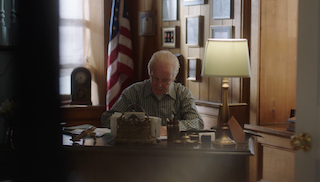 As we pass the one-year anniversary of the pandemic’s onset in the US, people are suffering from quarantine fatigue and vaccine roll-out frustrations. Even after people manage to get vaccinated, many are left wondering: What’s the point? Why do we have to continue to make the sacrifice? To answer that question, the makers of a new short film entitled Daniel turned for help to a war veteran.

When Paul Fix, the executive creative director for marketing agency DiMassimo Goldstein, attended a Veteran’s Day speech about sacrifice with his Cub Scout son, he was inspired to create the short film. DiMassimo Goldstein reached out to director Henry Corra of Corra Films and subsequently secured funding from the Dick Clark III Trust and Film Form. The short film shows that when you wear a mask, maintain social distance, and get vaccinated, you’re making a small sacrifice for your family, your community, and your country. 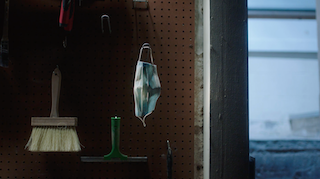 In the film, the veteran, a grandfather, writes a letter to his grandson for the boy’s birthday. His voiceover shares the contents of the letter. He says he’s sorry that they can’t be together for the boy’s birthday but compares the sacrifice to his own sacrifice during the war and reminds his grandson of all the questions he’s asked over the years about that experience. Someday, the letter continues, the boy’s grandchildren may ask him about the masks he’s saved, the photos of people wearing masks and encourages the boy to tell them that it was what people did to protect themselves and others.

Corra wrote and directed the film, which was shot by Karl Schroder and edited by Jeremy Medoff. The grandfather was played by actor Leo Farley, himself a veteran of the Vietnam War who is active with military/veteran art programs.

Distribution is currently underway. The Massachusetts Health Council is sharing it for digital viewing, and the filmmakers are discussing a potential screening in selected theaters in the coming weeks. They’re also in discussions with several potential organizational sponsors aiming toward a television buy. 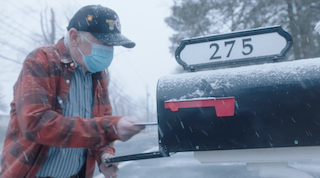 The film was shot at the Douglas House in Orangeburg, New York, about forty minutes north of New York City. The restored white clapboard Dutch Colonial farmhouse owned is by Marjorie Douglas and her late husband Henry and since 1981 has been used for several New York-based film and television productions, including Saturday Night Live and Marvel's Daredevil. The house has recently been reopened after the owners successfully completing the OSHA course: Preparing Workplaces for Covid-19

In addition to the natural beauty of The Douglas House, Corra and his team were already familiar with the venue – and didn't need a house that big – but chose it because it enabled them to create a COVID-safe environment for the shoot.

The first and second floors of our location house are unoccupied and there is plenty of space for social distancing, inside and out. The house has a new-installed built-in attic ceiling fan which is good for ventilating the entire house.

The location, which is situated on 8.5 acres of green forest and pastures, includes the main house at the north end of a gently sloping front yard surrounded by large trees, a landscaped in-ground pool, and a patio area to the rear. There is also a weathered stable, gazebo, and a barn, which is available for exterior shooting only.

Daniel can be viewed here https://bit.ly/38kZkzp.