The Force Is Strong with Dolby Cinema 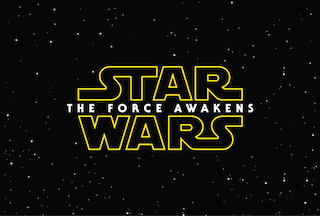 Dolby Laboratories and The Walt Disney Studios today announced that Star Wars: The Force Awakens, in theatres December 18, will be available as a Dolby Cinema experience.

“Dolby Cinema technology is an epic, premium way to go to the movies,” said J.J. Abrams, the writer, producer, and director of Star Wars: The Force Awakens. “I am honored to be a part of the continuation of the Star Wars saga, and can’t wait for people to see The Force Awakens through the power of the Dolby experience.”

“Dolby has been deeply involved with Star Wars since the release of Star Wars: A New Hope in 1977,” said Kevin Yeaman, president and CEO, Dolby Laboratories. “Star Wars: The Force Awakens is one of the most highly anticipated movies ever, and we are excited to continue our legacy of delivering the most advanced filmmaking and playback capabilities to bring Star Wars audiences an experience that only Dolby Cinema can offer.”

Dolby Cinema features the Dolby Vision projection system, which uses state-of-the-art optics and image processing to deliver high dynamic range with enhanced color technology and a contrast ratio that far exceeds that of any other image technology on the market today. The result is a richer, more detailed viewing experience that delivers strikingly vivid and realistic images that make viewers feel like they are in the movie’s world.

Dolby Cinema also includes Dolby sound technology Dolby Atmos, which moves audio around the theatre, even overhead, with amazing richness and depth. The lifelike sounds of music, people, and ambience flow all around the theatre in sync with the action to create a more immersive and moving experience.

Dolby Cinema, featuring Dolby Vision and Dolby Atmos, is a premium cinema offering for exhibitors and moviegoers that combines spectacular image and sound technologies with inspired design to make every visit a completely captivating cinematic event.

Dolby Cinema begins with the filmmaker’s vision—using the full storytelling capabilities that Dolby offers in image and sound production to transform the way movies are made and presented. Combined with state-of-the-art image, sound, and acoustic capabilities, the movie comes alive to deliver cinema in its purest form.

For more information, including locations for Dolby Cinema at AMC Prime, JT Bioscopen in the Netherlands, UCI Cinesa in Spain, and Cineplexx in Austria, please visit the Dolby Cinema web page.