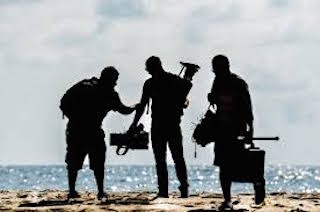 oshua A. Friedman started his decades-long career in the motion picture business as a production assistant on Law & Order: Criminal Intent, working his way into the Director’s Guild as an assistant director on Person of Interest. Along the way he wrote the book Getting It Done: The Ultimate Production Assistant Guide. Friedman jumped into the producing world with the movie Warning Shot, allowing him to span productions both above and below the line. Friedman's insider experience led him to create Crew Me Up, a mobile labor platform bridging the gap between people and productions. I recently spoke via email with Friedman about the app and what he sees as its mission: To reinvent the way filmmakers connect, create and collaborate.

Digital Cinema Report: When did you first see the need for Crew Me Up and what happened that inspired you to go forward with it?

Joshua A. Friedman: The inspiration for Crew Me Up is a long story, over a decade in fact. I started as a production assistant on Law & Order: Criminal Intent back in 2007. Over time, I became a production assistant connector and helped people find work and/or talent. I was literally connecting 500 PAs with work on 50 projects throughout New York City. This was a problem for me, because I was working seven days a week and didn’t know who was available. I would have to make 60 phone calls to find six people but I didn’t have the resources to solve the problem. Fast forward to 2013/2014 and I’m producing a short film in New York with a Digital Cinema Report friend, Adrian Correia, while prepping my third feature film in Texas, Warning Shot, starring Tammy Blanchard, David Spade and James Earl Jones.

During a tech scout, our gaffer had a conflict with our director of photography. When their discussion escalated to a screaming match, our producing team sent him packing. Now had this been New York, Los Angeles or Atlanta I would have had friends and connections. In Texas, we were two and a half hours south of Dallas with no film resources in sight. As we scoured the internet for a credible solution it became clear that a bigger problem existed. There was no easy way to source available, talented crew wherever you are but the technology existed. That was the beginning of Crew Me Up.

DCR: When did you first launch the app? 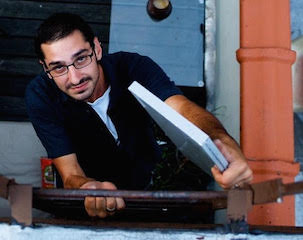 JF: The idea for Crew Me Up formed and took shape between 2007 and 2014, but it wasn’t until 2016 that we really had a tangible product. I’ll admit we made mistakes early on. We self-funded an MVP with an Israeli design and development company who got the look right, but the feel was very off and the back end never worked. I took the assets from that company and brought them to an Indian tech company recommended by a friend. This company did two things: They got the back end to work, producing our first minimum viable product, and they explained that the code was written in a dying language which would eventually have to be updated for multiple platforms. This company was good enough for an MVP, but became extremely expensive as I tried to update the app based on feedback from friends in the industry. The app sat for a short period while I tried to find financing and worked as a DGA assistant director to pay the bills until 2019.

Finally, a friend had enough faith in me to invest a small amount of money and introduce me to my co-founder, Voravong V Nachampassak. We found a group of mentors who gave us an outline for success in June 2019. Then we raised some money from friends and family, hired a team of our own developers, and built a new MVP from the base using a more versatile coding language, which allowed for implementation on both iOS and Android devices. We launched this first MVP in October 2019 at the NAB Show in New York City and released a 1.0 update back in January of 2020 during the Sundance Film Festival. Since then it’s been interesting to see how the market has adapted since the shutdown in March and the reopening this past November.

DCR: Who, if anyone, do you see as your competition?

JF: There is always competition, but we don’t see anyone that way. I would be lying to say there aren’t other apps or websites solving a similar problem. Sites like Mandy.com or Staffmeup, who have been around for decades, are two examples. We also see new mobile apps popping up every few months like Copy That, or Snagjobs. Again, we don’t see any of these products as competition. Instead, we view them as alternative resources. There are 660,000 working filmmakers in the U.S., according to a 2018 MPAA study, with 115,000 of them in New York. If each of our competitors took an average two percent of the total market we could all be very successful and support the industry properly. Crew Me Up is a company that supports community and growth and that means embracing all available resources. 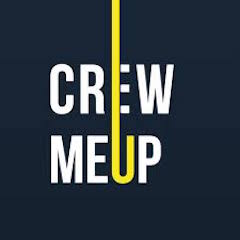 DCR: How are you monetizing Crew Me Up?

JF: First, I want to stress that the app is free. If you want to hire, if you want to get hired Crew Me Up is free to use. We will make our money through partnerships and other value offerings.

On the subject of monetization, I don’t want to go too deep unless you’re interested in investing! But I do want to explain what’s different about hiring in film and how our model sets us apart from our competitors. Most people are familiar with subscription fees or transactional charges used by other employment services. These monetization strategies are familiar, but don’t work very well in film because you’re asking someone to pay out of pocket for the possibility of work with little to no guarantee.

In many other industries, employment is long term. The corporate hiring process is linear. One would apply to a job post, get called in for an interview, receive an offer, do the paperwork and start the job on an annual employment basis.

The film and television hiring process looks a lot more like the Olympic rings. Everyone has their own circles in which they work on short-term gigs. In one circle they could work as a production assistant who is constantly looking for work. In another circle they could be an assistant director looking to hire production assistants. While they may be hiring now, they’re still not the employer of record making payroll; that’s another company. Because of this, we could never charge our users directly. As a working DGA assistant director, I’m one of them.

DCR: What are some of your success stories?

JF: After the launch of our 1.0 update, we started to see some more traction. We had a shoot in Indiana pop up and a WWF event in Florida. We saw 500 downloads in two weeks back in late February into early March, and then COVID hit. A lot changed inside the company. We were forced to downsize and ran into some technical issues that took longer to solve with a smaller team. Those issues are being solved on an ongoing basis and in the last five days (December 2-7), we’ve seen over 500 downloads of our updated app. We’ve also added new job positions for health and safety or COVID resources. Those positions have been hugely in demand as of late. 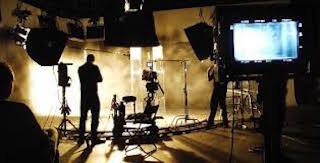 As a newly re-launched resource, we are building awareness and taking feedback on the platform to better serve the filmmaking community. The fact that we’ve survived the first wave of the pandemic and crewmembers are interested in our app is a success story in and of itself.

DCR: Where do you go from here?

JF: Now that the industry is opening back up and opportunities are returning, we are looking to build a solid foundation for the technology to grow and expand. We are still raising seed capital from investors that is ongoing until we close our $1 million round. We are currently working with a new UI/UX team to build a 2.0 version that would add much more function to the current features and a more familiar user interface. We are partnering with industry resources such as LVR USA, Gotham Sound, Lost Soul Picture Cars, and organizations such as the New York Production Alliance, and Filmlaunch.online. As we grow the community, we will be able to offer better services and more efficiency. For example, anyone can get hired through Crew Me Up digitally and almost instantly. Then we can send a notification to a payroll company, or a paperwork distribution company (setkeeper.com, Schenechronize), or a COVID Health & Safety department (Reel Health, Cinemedics). The possibilities to support and grow are infinite.

We are also looking forward to upcoming productions in 2021 with Dark Rabbit Productions and more. I will be personally working on a low budget feature in February and will need Crew Me Up to hire my production staff.