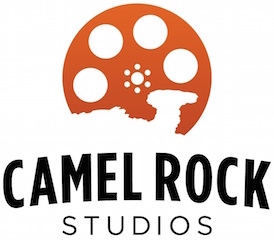 The movie ranch soft-opened last year with a major feature film from Universal Pictures starring Tom Hanks. News of the World is based on the best-selling novel by Paulette Jiles and directed by Paul Greengrass. The film is scheduled to be in theatres this Christmas. Producer Gregory Goodman said, “We recently wrapped our first major production at Camel Rock Studios and couldn’t have been more pleased with our experience. The studio anticipated and met all of our needs, and their attention to detail made for a seamless production. We certainly intend to bring more films to Camel Rock in the future.”

The tribe’s lands feature stunning desert and the iconic Camel Rock formation in the red-brown foothills of the Sangre de Cristo Mountains and tribal officials said outdoor filming could take place on 27 square miles of the reservation.

Timothy J. Brown, president and CEO, Pueblo of Tesuque Development told the Associated Press, “Camel Rock was conceived to follow the tradition of the historic Hollywood studios – like Warner Bros. and Paramount – with their off-site film ranches. “It’s a bit of a back-to-the-future facility.” 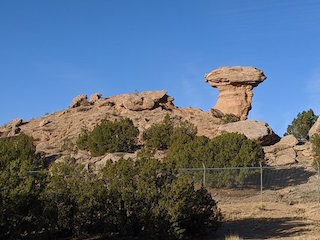 Camel Rock Studios is not a typical purpose-built urban sound stage. To meet the growing demand, the new production facility hopes to lure films with the beauty of the land around Santa Fe and the centuries-old Native American culture – delivering an environmentally conscious and restorative environment for production.

“It’s certainly an important milestone for our pueblo to launch the first studio of its kind,” Pueblo of Tesuque Governor Robert Mora Sr. said in an AP interview. “The pueblo has a storied history of movies shot on location at Camel Rock and represents a wonderful opportunity for the Hollywood community to share in the benefits of one of the most amazing places on Earth, featuring a studio nestled in terrain of mythical seminal beauty in the heart of Pueblo country.” 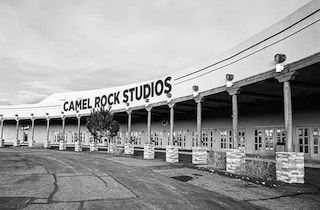 With the support of New Mexico and the Santa Fe Film Office, Tesuque Pueblo has re-imagined the former casino into a vibrant production space. The 75,000-square-foot multi-use production facility and film studio features standing sets, along with 100 acres of breathtaking open space on the pueblo. The appeal of the studio is its diverse landscape that mimics locales around the world. Additionally, the pueblo serves as a gateway to northern New Mexico, with access to iconic locations including Ghost Ranch, Taos and El Santuario de Chimayo.

New Mexico has emerged as a rich and expansive resource for worldwide film and television production, and the studio’s diverse locations and production assets are expected to play an invaluable role in meeting the rising demand from Hollywood producers.

The early success of Camel Rock has positioned the studio for future development; and in the coming years the facility is expected to include a studio back lot, new sound stages, a production facility and wide-ranging production services. “We have an aggressive five-year plan to expand our business and our footprint,” Brown told the AP. “As we grow our studio, we are striving to make this a comprehensive production facility that will support global productions across multiple platforms, including film and television, digital streaming, music, and gaming.”