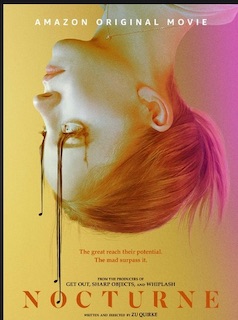 Written by Quirke, Nocturne is a story about the sibling rivalry between twins set against the backdrop of a competitive music academy. Vivian, a piano prodigy, outshines her sister Juliet, a less accomplished pianist who lives in her shadow. A mystical book with supernatural powers guides Juliet on a paranormal path as her talents surpass her sister’s, and she discovers the high cost of success.

The paranormal force takes on the role of the sinister character in the story, manipulating Julia and manifesting violent events. Legion created a myriad of computer-generated mystical objects and aberrations that bring this dark force to life, along with complex effects grounded in the real world.

Artists digitally removed a mountainous terrain, added verdant computer-generated trees, dressed up the campus with a digitally constructed courtyard, and digitally rebuilt a cave entrance to accommodate a critical scene. And, thanks to digital crowd duplication, the sister's recitals in the academy's large auditorium played to a full house.

A symbol on the journal's cover represents the orb of yellow light that lures Juliet into the occult's dark world throughout the film. Legion developed multiple manifestations of this mystical light tailored to various environments from blazing golden spheres radiating beams of light that fill the screen and luminous yellow mists. 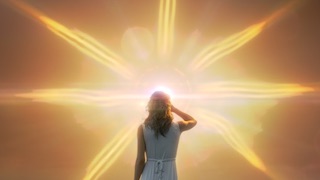 Artists delivered an exterior shot that shows Juliet frantically running from the large sphere of light as it comes up over the horizon. They created the sequence digitally using footage of the actress running in place on a treadmill in front of a blue screen.

“Blumhouse brought us on board during the early stages of pre-production before everything was set in stone,” says James David Hattin, VFX Legion supervisor and founder.  “Working with their team from concept through completion enabled our team to apply the full breadth of its experience and technical ingenuity to create effects that heightened the intensity of the thriller while getting the most out of the film’s tight budget.” 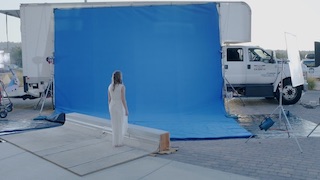 Post-production began after the pandemic when the ability to work from home became essential. Legion, a fully remote company since its launch in 2013, was hired to create all of the visual effects for Nocturne, as well as six other original films produced for the Welcome to Blumhouse series. With a well-oiled collaborative pipeline, honed protocols, and a collective of 200-plus remote-savvy senior artists in place Hattin assembled a team and headed up the production of visual effects with the efficiency, cost-effectiveness, and quality that Blumhouse films demand. 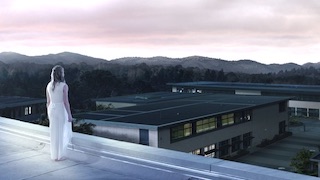 The production relied on an overhead shot to capture the emotion of a pivotal moment as the main character stands on a rooftop ledge. The tight schedule didn’t allow time for the complex camera set up needed to shoot the footage, leaving it to Legion to re-create it digitally. Its team created matte paintings, composited different elements, and explored various options. While CGI capabilities fell just short of achieving the precise look, it provided a shot that worked, and the project moved forward.

Hattin, known for his tenacity and going the extra mile, continued to work the problem with his team. Thinking outside the box, he looked beyond the traditional digital realm and came up with an unorthodox approach - and went to great lengths to execute it. Three weeks later, Legion delivered a final shot that brought the director’s vision to life.

“Our team understands Blumhouse’s unique approach and enjoys meeting the challenges that its films present,” says Hattin. “Legion’s remote business model and our large network of home-based senior talent enable us to consistently turn around high shot counts of complex effects on tight budgets and deliver the quality of work that Blumhouse demands.”

VFX Legion utilized a range of techniques and technology to produce the effects for Nocturne, including The Foundry’s Nuke, Maya, Photoshop, a particle system, plug-ins, and proprietary technology integrated into its pipeline.