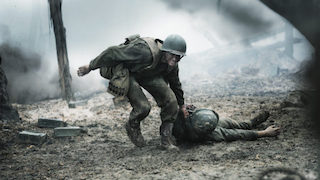 First off—why are there two Academy Award categories for sound and what’s the difference between the two? The two crafts, editing and mixing, are fundamentally different.

Sound editors create sounds for the film, whether they be the vocalizations of the heptapods in Arrival or the strains of a groaning airplane making a water landing in Sully.

Sound mixers blend and balance those sounds with the film’s dialog and music and place the sounds spatially around the cinema to immerse the audience in a desperate firefight in Libya in 13 Hours: The Secret Soldiers of Benghazi or to communicate the lives of two young artists chasing their dreams in La La Land.

Glenn Kiser from the Dolby Institute sat down with some of the talented artists behind the sound production of the Oscar nominated films. Each of them explains how they brought their unique vision to life and seamlessly incorporated it into their respective films.

You can find the full blog post here https://blog.dolby.com/2017/02/artists-behind-sounds-years-best-movies/