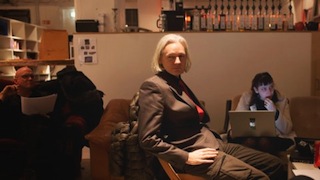 The Room, a boutique finishing facility located within Technicolor – PostWorks, New York, recently wrapped post-production on We Steal Secrets: The History of WikiLeaks and History of the Eagles, two new documentaries from producer/director Alex Gibney.

The Room provided editorial conforming and final color grading for the docs prior to their debut at this year’s Sundance Film Festival and general release. We Steal Secrets is currently in theatrical release; History of the Eagles is currently airing on Showtime, where it is posting record numbers for a documentary.

The Room has a long history of working with Gibney, who is both one of the industry’s most successful documentarians and one of its most prolific. The facility first provided finishing services for Gibney’s 2008 film Gonzo: The Life and Work of Dr. Hunter S. Thompson. Since then, it has collaborated with him and his production team on nearly a dozen more films, including Freakonomics, Park Avenue: Money, Power and the American Dream and Mea Maxima Culpa: Silence in the House of Gods. A documentary about Lance Armstrong is currently in the works.

“We were introduced to Alex by Eugene Jarecki with whom we worked on The Trials of Henry Kissinger,” recalls Ben Murray, who founded The Room in order to provide custom post services to quality independent films and documentaries. “Alex always has several projects underway and we are happy to work on them.” 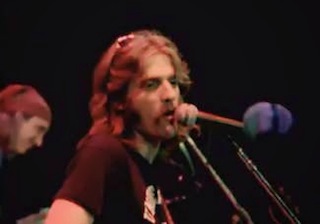 Having worked on so many projects together, The Room and Gibney have developed a tight relationship. The facility’s editors and colorists are familiar with the director’s aesthetic tastes and visual requirements. As a result, Gibney is generally able to set parameters for the look of his projects and then leave it to The Room to execute and to manage the details with periodic checks for quality. “Alex is a great storyteller,” Murray says. “On a technical level, he gives us a lot of freedom to help him with that by eliminating distractions. We keep the storytelling front and center.”

We Steal Secrets and History of the Eagles, though obviously different in subject matter, shared certain challenges common to documentary films. Both mix contemporary interview segments with archival media drawn from a myriad of sources. In the case of the Eagles doc, some of that source material dated back to the early 1970s and originated on VHS. The WikiLeaks documentary employed a significant amount of media derived from the Internet.

“The interviews are shot with high-quality digital cameras, the best cameras made,” notes The Room colorist Jack Lewars, who graded both films. “Our job was to make that new material live in the same world as Internet media and VHS tapes that were 30 years old.”

The post-production workflow for both films was the same. They were first conformed by The Room’s editorial team on Flame Premium workstations. They were then passed onto Lewars for grading in Autodesk Lustre. As We Steal Secrets was intended for theatrical release, The Room prepared a master for film output. To facilitate that process, Lewars initially graded the film, which was shot digitally, in Rec 709 and then performed a second color pass in a film color space. After the film master was made, The Room conducted a butterfly test in a screening room at Technicolor – PostWorks to ensure color accuracy.

The grades applied to the films were meant to do more than establish consistency. They also reflect mood. “History of the Eagles has a rock ‘n’ roll look,” explains Lewars. “The look complements the energy. When Joe Walsh is on the screen, you don’t want boring color correction. It’s got to pop and match his charisma.WikiLeaks is different. When you have people talking about serious things, it calls for a darker tone. We match the color to the mood of the speaker.”

As is also common with independently produced documentaries, the post-production team operated under a tight deadline. In this instance, the deadline pressure was elevated as the two films were being finished simultaneously for their debuts at Sundance. “We have a great team and as Alex’s production output has grown, our capabilities have grown,” says Murray. “(The Room editors) Ryan McMahon, Allie Ames and I worked together and handed things off. That allowed us to keep going around the clock and get the films done by deadline.”