The Motion Picture Sound Editors will be honoring Randy Thom, director of sound design at Skywalker Sound, with its prestigious MPSE Career Achievement Award. Thom is a two-time Academy Award-winner (The Right Stuff, The Incredibles) and a 14-time Oscar nominee. He has contributed to more than 100 films as a sound designer and re-recording mixer. He will receive the award at the 61ST MPSE Golden Reel Awards ceremony held on February 16, 2014, at the Westin Bonaventure Hotel and Suites, Los Angeles, California.

Thinkbox Software has acquired code to bring its particle renderer, Krakatoa, into Maxon’s Cinema 4D modeling and animation software. Initial efforts to link the plug-in with Cinema 4D were led by Ugly Kids artist Daniel Hennies, who collaborated with a developer to program a bridge to the stand-alone version of Krakatoa. Leveraging the C++ API of Krakatoa SR, Hennies and a small team were able to fully integrate the particle renderer with Cinema 4D and first demoed the technology at SIGGRAPH 2013.

Director David Applebee and cinematographer Colin Trenbeath covered 11 US cities in 30 days to capture interviews with some of today’s most inspiring innovators for their film The Limitless Generation – a look at the movers and shakers of Generation Y, which distills the essence of the Millennial generation’s search for value and success.

The challenge of bringing Marvel's Thor: The Dark World to life involved many creative people working simultaneously in The United States and Australia. Many of the film’s signature creatures were realized by the teams at Luma Pictures in offices in Santa Monica, California and Melbourne, Australia. One particular highlight for this movie was the Stone Man.

The journey to your true and authentic self is something almost all people aspire to attain. Going about finding your true self however, takes a lot of courage and strength. The documentary feature Sing Over Me explores how modern-day psalmist Dennis Jernigan went from years of depression and despair while leading a double life, to becoming a writer of some of the most popular Christian songs of all time, discovering his true identity along the way. 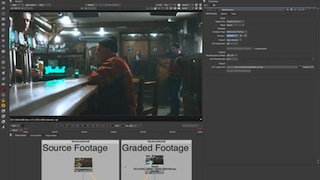 The Foundry has released the new version of its node-based compositor, Nuke, which includes many features and updates for artists working across multiple industries. The product was launched at a live streaming digital event hosted in London’s West End. 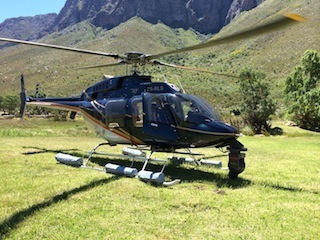 Founded in 2007 by Emmy Award-winning cinematographer Skip Margetts, Helimedia caters to the aerial filming needs of clients across Southern Africa working in live-event broadcast, film, television and advertising. In the coming months, the company plans to venture into 4K filming. 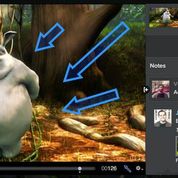 Shotgun Software has revealed the details of its next two releases, 5.2 and 5.3, which the company says significantly expand Shotgun's review and approval tools with a new Media App and an integrated Client Review Site.