The London-based visual effects studio Milk has appointed VFX industry veteran Steve MacPherson as chief technology officer. In the newly created role, MacPherson will be responsible for all of Milk’s technology strategy and operations including systems, pipeline, editorial and research and development, to support the studio as it takes on an expanding roster of premium film and episodic projects. 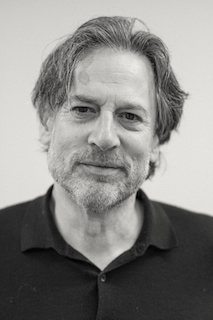 MacPherson brings to Milk his rich technology expertise born from his early days at NASA Ames for Cray Research, at MPC and as a co-founder of DNEG. MacPherson joins Milk from Framestore in London where he was chief technology officer for ten years.

His appointment comes as Milk settles into its new studio in London’s Clerkenwell; its recent acquisition of Lola Post Production and continued boost of its creativity across an exciting range of episodic and film projects, including Sony Tristar’s highly acclaimed The Woman King and the much anticipated second series of Amazon’s Good Omens.

MacPherson will also work closely with Milk’s creative team to develop Milk’s real time Unreal pipeline. In this role he will be collaborating with VFX and real time supervisor He Sun on the ambitious new eight-part NBC series Surviving Earth.

Jag Mundi, Milk executive chairman said, “We’re thrilled to welcome Steve to Milk, particularly someone of his calibre and rich VFX technical experience. Steve’s role will be pivotal as we continue to build a strong platform for Milk’s growth; he will sit at the top table helping shape our strategy and expanding our scale and capabilities to deliver premium, high-squality film and episodic content to our clients.”

MacPherson said, “Milk represents all those reasons I fell in love with the visual effects industry - a strong, creative team, a dynamic and open culture, technology challenges and great people working on demanding projects. Furthermore, I’m excited by the growth ambition and the commitment by the Milk board to place technology development as a core driving force; it's a rare and beautiful thing. I'm over the moon to help Milk VFX move forward into the future of entertainment.”