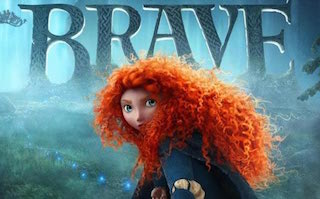 The cinema has been the genesis of audio and imaging innovation that drives new, spectacular, and captivating experiences to moviegoers. For more than 50 years, Dolby has been, and continues to be, at the forefront of these efforts to advance the science of sight and sound that lead to unforgettable entertainment experiences. Dolby began its journey in delivering superlative audio experiences with the introduction of Dolby Stereo with Star Wars in 1977. Fifteen years later, with the release of Batman Returns, Dolby Digital ushered in a next-generation multichannel surround sound experience that became the de facto standard for movies, television, gaming, and more. We have always believed, and the industry has demonstrated, that sound is every bit as vital to the patron’s experience as image. Our ability to deliver an improved experience and draw audiences deeper into a story by enabling them to hear the whole picture is what solidifies their desire for a theatrical experience time and time again.

It was only four years ago, with the release of Brave, that Dolby introduced its award-winning Dolby Atmos solution. Dolby Atmos has become the preferred choice for next-generation sound in the cinema, with major studios, award-winning filmmakers, and exhibitors from around the world embracing its approach. Unlike traditional channel-based sound systems, which require filmmakers to think about the number and location of speakers, Dolby Atmos allows them to simply designate where in the cinema space each sound should be placed or moved to make audiences experience the movie as if they were within the movie’s world.

Dolby Atmos marks yet another giant step forward in the evolution of cinema audio; it not only adds a height dimension to the experience, but more importantly adds far more precise movement of sound. Since that introduction, more than 400 movies have been announced and 1600 screens have been installed or committed to globally.  Dolby Atmos has received an overwhelmingly positive response from audiences, exhibitors, studios, and filmmakers. 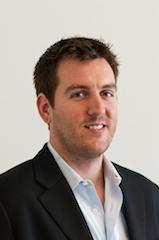 However, at Dolby we keep innovating and strive to take Dolby Atmos to the next level so that audiences around the globe can get an amazing sound experience from their local cinemas. We’ve continued to prioritize our research, development, and engineering efforts to ensure that we can provide a captivating Dolby Atmos experience not only to the largest and highest-grossing auditoriums, but to the majority of screens in a complex. Our goal is to have every moviegoer able to experience their desired film in Dolby Atmos, with the best sound quality and most faithful representation of creative intent possible; and we are beginning to see examples around the globe where exhibition is recognizing the value of Dolby Atmos and providing that experience to all their patrons across all screens (see Digital Cinema Report’s Dolby Cinema Sound profile).

To further facilitate the proliferation of Dolby Atmos, Dolby is bringing out several new products and solutions aimed at lowering the total cost of a Dolby Atmos playback environment while still being able to maintain the same superior sound experience. With the advanced offerings from our new SLS division under the SLS Express Series, our continued improvements in our Dolby Atmos object-audio renderer, and refinements to our room specifications, we foresee delivering a Dolby Atmos solution to our customers at up to a 40 percent cost reduction.

As is true with any company that develops state-of-the-art technologies, our ability to evolve our offerings is tightly coupled with our ability to scale our platform with postproduction, distribution, and exhibition. With hundreds of titles and more than a thousand installations, we have been able to learn a great deal about how creatives use Dolby Atmos and how best to develop products to represent those creative intentions in a theatre. To achieve these cost savings, Dolby looked at the Dolby Atmos experience holistically and innovated to reduce incremental costs for exhibitors.

The new SLS Express Series comprises the new 3-Axis Speakers, which deliver exceptionally clear and powerful sound in a smaller, lighter package that’s easier to install, and the Rapid Rigging System, which simplifies overhead speaker installation to reduce labor costs and downtime. In addition to the SLS innovations, Dolby anticipates releasing the first-ever Dolby Atmos Amplifier, a new advanced design that can replace up to 12 stereo amplifiers and may alone lower amplification costs by up to 30 percent. These new Dolby innovations offer exhibitors of any size the ability to more cost effectively provide the unmatched audio experience of Dolby Atmos throughout their cinema(s), market to their patrons a moviegoing experience that only Dolby can provide, and increase their revenue streams as we’ve seen with customers here in the United States and around the globe.

To learn more, we encourage you to visit the Dolby booth, 2503A, or the SLS Audio booth, 2018A, at CinemaCon or to contact Chuck Mulhearn, SLS Sales Manager, at charles.mulhearn@dolby.com.