Jackson WWl Documentary To Be Re-Released 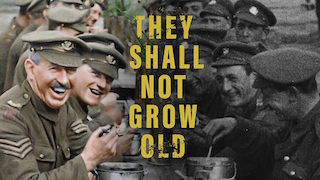 On the heels of its already record-breaking release, and in response to popular demand, a third Fathom Events date has been added for Warner Bros. Pictures’ much-heralded WWI documentary They Shall Not Grow Old, from Oscar-winning filmmaker Peter Jackson. The film will be screened at more than 1,000 locations in the U.S. and Canada on Monday, January 21, taking advantage of the long Dr. Martin Luther King, Jr. holiday weekend.

They Shall Not Grow Old debuted in North America at 1,122 locations last December 17 taking in an impressive $2.327 million. As anticipation grew for the second Fathom Events release date, on December 27, several locations were sold out more than a week in advance. Playing on 1,007 screens, the film earned an astounding $3.375 million for a record-shattering two-day total of $5.702 million. It is the highest-grossing U.S. cinema event to date, for both Fathom Events and the event-cinema industry.

In making the announcement, Warner Bros. Pictures president, domestic distribution Jeff Goldstein said, “The response to They Shall Not Grow Old has been overwhelming. Peter Jackson’s documentary is a towering achievement of film restoration that has conquered the ravages of time and stands as a fitting tribute to all those who fought and died in what was then called ‘The War to End All Wars.’ We are so proud to be part of bringing this film to audiences across the U.S. and Canada.”

“This project has been a historic and record-setting journey for Fathom, Warner Bros., our exhibitor partners and the event-cinema industry,” said Fathom Events CEO Ray Nutt. “We are honored to give audiences another chance to experience this groundbreaking documentary as it should be seen—in 3D and on the big screen.” 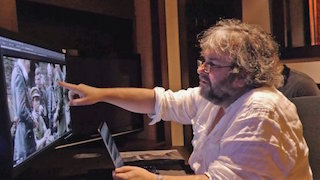 Applying state-of-the-art restoration, colorization and 3D technologies to century-old footage—carefully chosen from hundreds of hours of original Great War film held in the archives of the Imperial War Museum —Jackson has created an intensely gripping, immersive and authentic cinematic experience. The only narration comes from Great War veterans themselves, selected from over 600 hours of BBC and IWM archive interviews, resulting in a gripping account of “The War to End All Wars,” told by the soldiers who experienced it.

By restoring the original footage to a standard never seen before, the human face of WWI emerges with vivid clarity through the fog of time. Jackson captures the day-to-day experience of its soldiers and reveals the reality of war for those on the front line: their attitudes about the conflict; their camaraderie and their need for humor amidst the horror; the functions of daily life in the trenches; and what their lives were like during periods of rest. Using cutting-edge techniques to transform the images of a century ago into footage that could have been shot today, Jackson both remembers and honors a generation changed forever by a global war.

Jackson produced and directed They Shall Not Grow Old along with Clare Olssen and Ken Kamins, Tessa Ross, Di Lees and Jenny Waldman serving as executive producers. Jabez Olssen edited the film. The music is by David Donaldson, Janet Roddick & Steve Roche.

Warner Bros. Pictures presents a Wingnut Films Production, co‐commissioned by 14‐18 NOW and Imperial War Museum in association with BBC. This film has been rated R for disturbing war images.