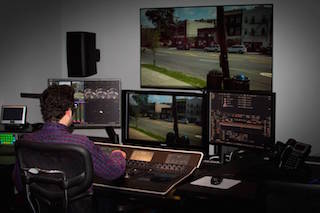 MTI Film has completed a major expansion of its Hollywood facility designed to accommodate growing demand for post-production services and support for high dynamic range content. The expansion includes the addition of two new color-grading suites and an editorial finishing suite, all HDR capable.

The company has also improved its IT infrastructure, adding significant bandwidth and storage, and installed new monitoring systems throughout the facility. All the moves are intended to address the growing number of television productions requiring HDR delivery as well as the company’s expanded slate of HD and UHD shows.

“We’ve built a complete HDR workflow,” said MTI Film CEO Larry Chernoff. “We can support productions from the set to screen, and provide deliverables optimized to any network specification including HDR10, Dolby Vision, IMF and AS02”.

“MTI has always believed in developing talent from within our ranks,” explained executive producer Barbara Marshall. “It assures continuity for our customers and engenders an environment where young talent have confidence they will be nurtured.”