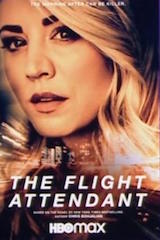 The Flight Attendant, the Max original series from WarnerMedia Entertainment for the new HBO Max streaming service in the U.S., tells the story of how an entire life can change in one night. Flight attendant Cassandra “Cassie” Bowden (Kaley Cuoco, The Big Bang Theory) wakes up in the wrong hotel, in the wrong bed, with a dead man — and no idea what happened. The dark comedic thriller is based on the novel of the same name by New York Times best-selling author Chris Bohjalian.

All the cinematographers relied on Cooke Optics’ S7/I Full Frame Plus prime lenses to bring the emotions of the characters to life.

“When we started working on The Flight Attendant, Brian was on the west coast and I was on the east coast, shooting Love Life for HBO Max,” said Correia. “So, once we knew the look, Brian had the initial conversation with our colorist, so that we were all on the same page before production started. Brian was very gracious to make sure I was involved and comfortable with how the cinematography was to be mapped out over the series. We exchanged ideas and formulated a battle plan.”

The show also had a mandate from HBO Max that The Flight Attendant should have scope, with the importance of close-ups and how they were to be used in the show, according to Correia. That led to the selection of the Sony Venice full frame 6K camera, where two cameras would be the norm, with a third for stunt shots.

That camera selection brought the cinematographers almost immediately to Cooke S7/i Full Frame Plus prime lenses, for their dimensionality, focus fall off and ability to gracefully smooth out the harshness of high-resolution digital cinematography. The team had the 18, 25, 27, 32, 40, 50, 65, 75, 100 and 135mm lenses at their disposal. Their kit also contained doubles of their favoured focal lengths — 32, 50 and 75mm. Cameras and lenses were provided by TCS Film, New York and Panalight, Milano Italy, with the TCS 65mm traveling overseas. For extreme close-ups, the team would use diopters. 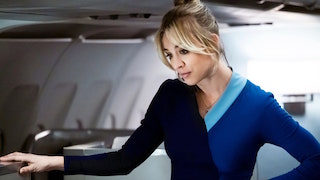 “The Cooke S7/i lenses were as important to the landscape of the show as any other production element,” said Correia. “Cooke lenses are one of only two lens families that I’ve used in my career on bigger productions. I love what they can do for both the cinematographer behind the camera and the actor in front of the camera. For example, I can shoot wide open at T2 and the Cookes would not fall apart — they would be seamless with the rest of my photography and maintain continuity. Plus, the creaminess in the way they handle skin tones is much more pleasing than any other lens, especially with digital cameras. It’s the faces and that dimensionality that becomes critical with my projects.”

Correia describes what he gets from the Cooke S7/i Full Frame Plus lenses as a “rich, textured look” that you can only get from Cooke lenses.

“When you put an S7/i closer to an actor, you can really see the nuances in their faces,” said Correia. “For me, Cookes are able to pick up the smaller nuances of genre moments in performance, whether they’re comedic, dramatic or suspenseful, Cooke’s add and heighten them. Kaley uses her instrument in a very distinctive manner and the lenses allow more of that facial expression to shine through. The Cookes help reinforce those moments within the genre’s expectations. Kaley is killer with those wide-angle close-ups in expressing her emotion. It’s a great aid to an actor in their performance. For one of our directors, Tom Vaughn, his big references were high angle shots and close-ups like Hitchcock’s, and the Cookes render those great. Plus, I’m an emotional cinematographer — I don’t predetermine a lens for the moment, but pick which lens speaks to me in the moment, and in reaction to the rehearsal.”

The cinematographers also wanted to do as many in-camera visual effects as possible. “What helped was that our visual effects supervisor John Decker, isn’t heavy handed. In fact, I would say that he has a very steady hand,” said Correia. “We talked about the nature of what we wanted to do. There are lots of elements with regard to Kaley’s character, lots of green screen. So, we tried to do things on set with the camera movement to help lighten the load for the visual effects team, meshing photography with visual effects.” 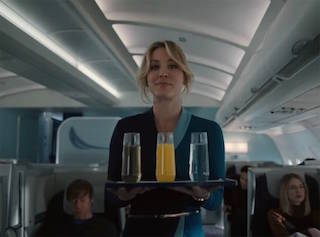 Helping the VFX team further was the use of Cooke’s /i Technology lens metadata recorded throughout the episodes. “Not only did this help a lot with the effects shots, it helped me tremendously, because I like to control the iris and be able to see the data on the monitor,” explained Correia. “Not having an AC have to check the camera makes us more streamlined — the more information, the better. I look at the monitor and I know I’m at a 2.8 but want to open a half stop to shape the focus and depth of field. That stuff is really incredible.”

Correia’s go-to lens was the 65mm, with the 32mm following closely behind. “The 65 is a great focal length to hold more imagery in singles without going too long and flat with the 75mm. I just find it better for two-camera set-ups as well. For particular “effect” close-ups, it was the 32 then the 25 as well. I also had Brian’s initial roadmap of photography for the two episodes he shot before me, which really helped when there’s not a lot of time to test on set. “

With production in Rome, Bangkok, New York City and its suburbs, production was split almost equally, with slightly more stage work. The biggest challenge to both cinematographers was that the writing became bigger throughout the episodes for what they needed to do for stage work.

“There was extensive green screen set-ups for hotel interiors, with the size of the green screen work increasing as the scope of the writing became larger,” said Correia. “We had limited stage space. It was a difficult dance of keeping the screen close enough to fill the frame but minimize spill. Then, of course, we had the unpredictability of working in the New York City area during winter. It wasn’t so much the cold, but the limit on daylight hours and the dramatic changes in the winter sun. We’d have to balance windows and then improvise when the sun changed — just a lot of sticking and moving — knowing your key and fill ratios, always doing the calculations in your head, so as not having to fix it in DI.”

For Correia’s next project, there’s one thing he already knows for sure: “Cooke lenses just feel like movies to me — it doesn’t even feel like ‘photography’ to me, but something more emotional that makes a project feel cinematic. So, when I’m thinking about a new project, Cooke comes up first. With my next project involving a lot of different skin tones, you can be sure that when I do tests for full frame, the S7/i’s will be the first lenses on the camera.”

The Flight Attendant is now streaming on HBO Max.